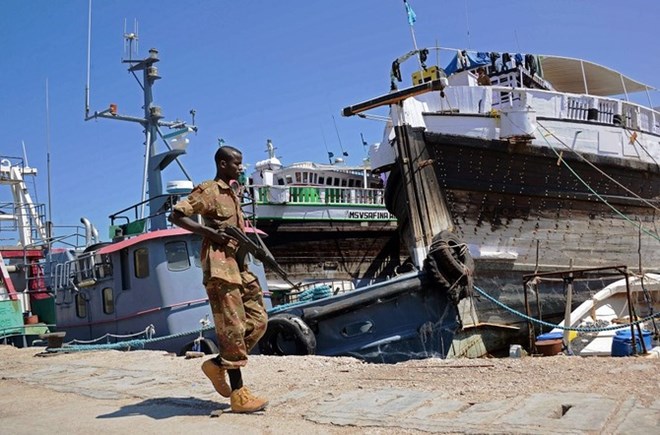 Yusuf Mohamed, governor of Puntland’s Bari region told Reuters that two men disguised as fishermen had shot Paul Anthony Formosa as he was going to Bosaso port this morning.Al-Shabaab said it had carried out the attack and accused Formosa of being in Somalia illegally. “We are behind the operation … we had warned him but he turned deaf ear.

This came as a huge blast was heard in the heart of the Somali capital Mogadishu on Monday and clouds of smoke could be seen rising from the scene of the blast, according to a Reuters witness.

It was unclear what caused the explosion.