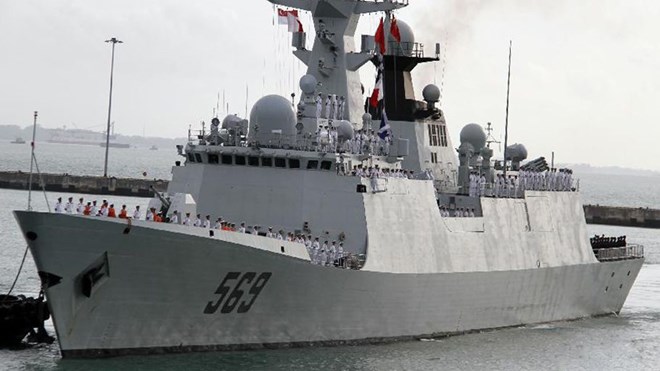 The naval fleet includes the guided missile destroyer Xi’an, the missile frigate Anyang and the Gaoyanghu, a comprehensive supply ship.

This will be the first time that the Xi’an and Anyanghave participated in an escort mission.

One of the country’s new generation of self-developed Type-052C guided missile destroyers, the Xi’an, which entered into service in February 2015, possesses over-the-horizon strike capability at sea.

The Anyang, a domestically developed frigate, entered into service in April 2018 and is capable of attacking surface ships and submarines alone or in conjunction with other naval forces. It also has strong long-range alert and air defense capabilities. It is part of China’s new generation of main combat ships.