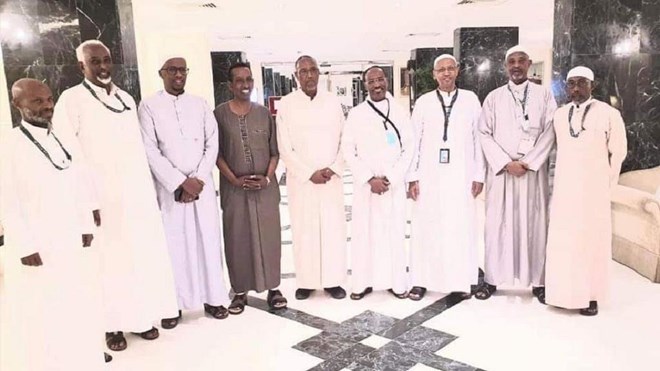 Somalia – Somaliland relations have gained traction on social media with the current buzz centering around a photo.

Top cabinet ministers of Somalia including the Foreign Affairs and Finance Ministers met and took a photo with a Somaliland delegation – led by its president Muse Bihi – in Saudi Arabia’s city of Mina.

The respective delegations were in Saudi in connection with the 2019 edition of the annual Hajj pilgrimage.For some people, the meeting was a good sign given ever rising tensions between Mogadishu and Hargeisa. Others slammed the Somaliland leaders who have in the past arrested citizens for taking photos with Somalia officials.

Others even posited that the photo was just that, a photo, and that noting will change in the rift between the two. Somaliland is a semi-autonomous part of Somalia.