US warns against Somalia’s ‘no-cooperation’ with Panel of Experts

US warns against Somalia’s ‘no-cooperation’ with Panel of Experts 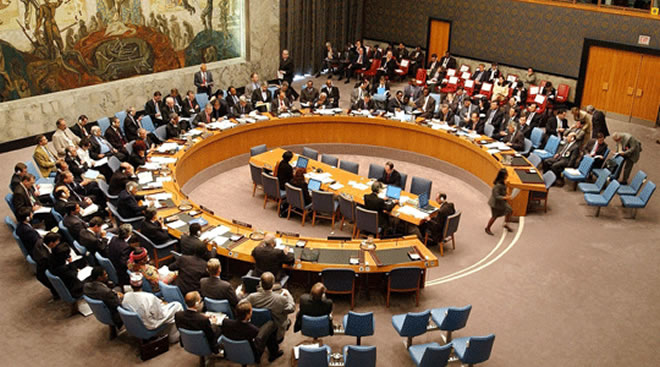 NEW YORK (HOL) – The United States has warned against Somalia’s non-cooperation with the UN Panel of Experts terming it ‘troubling’.

Briefing the UN Security Council on the situation in Somalia, the US Mission to the UN Senior Policy Advisor Michael Barkin said whereas his country continues to encourage Somalia to cooperate, it would not sit back.

“The ongoing refusal of the FGS to engage with the Panel of Experts, and to support its work, is troubling,” Barkin said. The Panel, Barkin said serves as the eyes and ears on the ground in Somalia and in the region for the Sanctions Committee and ultimately for this Council.

“We will not ignore, or enable, the FGS’s ongoing efforts to stymie the work of the Panel of Experts,” the US official said echoing similar concerns by Germany and the Great Britain both of which took issue with Somalia especially in regards to the arms embargo sanctions.The Panel of Experts Coordinator earlier told the Council  Al-Shabaab was now manufacturing home-made explosives, expanding its revenue base, and was once again responsible for the highest number of attacks against civilians in the region.
The PoE predecessor, UN Monitoring Group for Somalia and Eritrea severally lamented Somalia’s non cooperation particularly in regards to documentation and accountability on weapons procured by the Federal Government.

UK representative at the UN Jonathan Guy Allen also echoed concerns by the US noting Somalia’s lack of cooperation was ‘unacceptable.

As always, the United Kingdom will work with Somalia’s Government in all endeavours, but it is unacceptable that it has not cooperated with the Panel over the course of its mandate