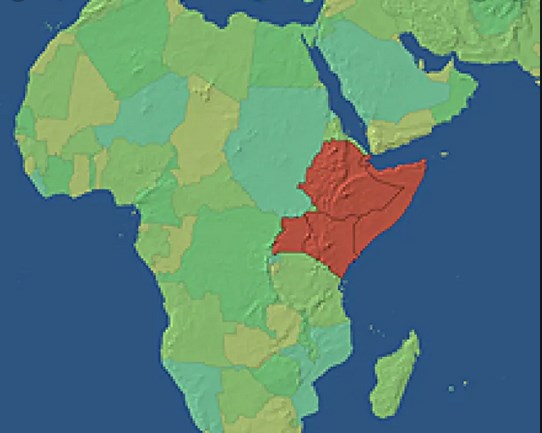 MOGADISHU (HOL) – Five Horn Africa countries are exploring a joint economic cooperation with a required capital of $15 billion to spur economic growth and boost trade and human development in the region.

The initiative bringing together Kenya, Somalia, Ethiopia, Djibouti and Eritrea was formalized last month in the sidelines of World Bank Group/IMF Annual Meetings in Washington DC.According to a statement from the African Development Bank, the Horn initiative is based on four priority areas notably improving regional infrastructure connectivity, promoting trade and economic integration; and building resilience. The fourth thematic area is strengthening human capital development.

To jumpstart the initiative, these countries will require $15 billion.

ADB Vice President Khaled Sherif described the region as strategic and with potential.

“The Horn of Africa’s geo-strategic position with regard to the Red Sea, the Arabian Sea, the Indian Ocean and the Gulf of Aden, has important regional and international significance.

“These can be harnessed to spur integration, resilience and usher in a new era of prosperity, enabling the countries to reap significant dividends from the current peace initiatives.”

Most of the Horn of Africa countries easily outpaced the continent’s average growth rate in 2018. Africa’s gross domestic product expanded by an estimated 3.5% last year, while Ethiopia reached 7.7%, Djibouti 5.6%, Kenya 5.9% and Eritrea 4.2%. Somalia was the exception at 2.9%.