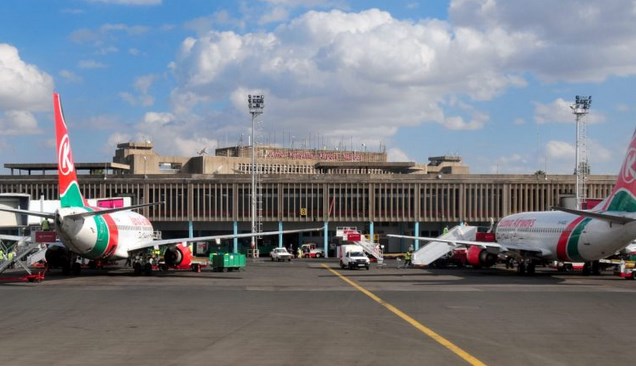 NAIROBI (HOL) – Kenya has cleared flights from Mogadishu to fly directly into Nairobi but instructed that flights from other parts of Somalia must detour to Wajir for clearance.

A letter from the Kenya’s Foreign Affairs dated November 25 indicates Kenya had fully implemented ‘its part of the issues agreed upon’ by President Mohamed Farmaajo and his Kenyan counterpart Uhuru Kenyatta during a meeting mid this month.

Flights from Mogadishu may fly direct to Nairobi’s Jomo Kenyatta International Airport or Wilson Aiports both in Nairobi, the letter reads in part. However, flights originating from other aerodromes in Somalia will have to route to via Wajir for security checks.

On visa clearance, Kenya said diplomatic and service passport holders on official engagements will be issued with ‘visas on arrival as long as they have documentary evidence’.

Parliamentarians whose list is already provided will continue to be issued with visas on arrival, the statement adds.

But diplomatic and service passport holder not on official engagements will be required to apply for visas before commencing their journey to Kenya. The same applies for ordinary passport holders.

Kenya had suspended direct lights to Nairobi in March and imposed strict visa restrictions on Somalis in March following a diplomatic fall-out between the two countries.