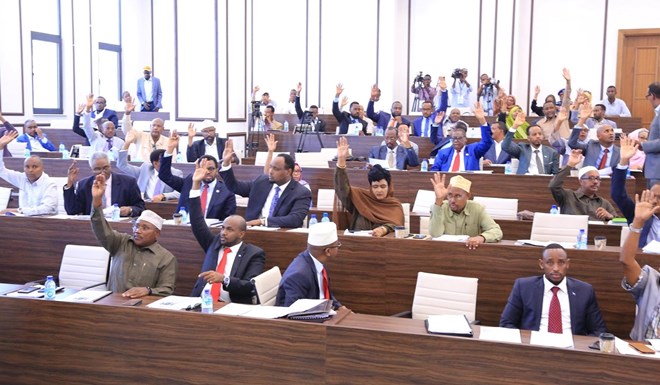 The House endorsed the Public Finance Management Amendment Bill and the Company Law Bill both of which have been undergoing debate in parliament for over a year now.

The Ministry of Commerce submitted the Company Law Bill to the House May 2017 while the Public Finance Management Bill from the Ministry of Finance was first tabled in the House November 2017.

The Public Finance Management Act is crucial in mainstreaming prudent management of resources in public institution by instilling best practices and holding accountable those tasked with management of public resources.

The Bill will also be significant in taming corruption in public institutions as Somalia seeks to shed off the ‘most corrupt’ tag attested by subsequent Transparency International indices.

The passage of the Company Law Bill will also be instrumental in establishing the legal framework under which companies are established, run and even dissolved in Somalia.

It also provides the regulatory framework for licensing and management of both public and private companies in the country.

The two pieces of legislation now proceed to the Upper House for further debates.