Region To Hold Forum To Address Human Trafficking And Smuggling

Region To Hold Forum To Address Human Trafficking And Smuggling 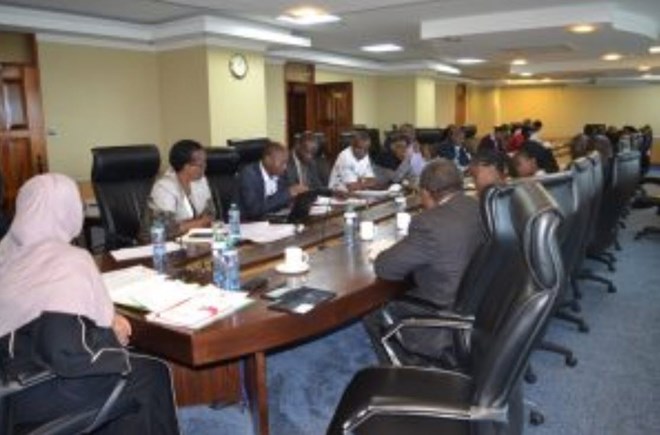 Members  of  the Organizing Committee for the Regional Forum to Harmonise Labour Migration Policies in the East and Horn of Africa  on Monday December 23, 2019 which  will take place on the 20th and 21st of January 2020 at the Nairobi Inter Continental Hotel. Photo by KNA.

Human trafficking and smuggling have been identified as leading forms of transnational crime in the East Africa and Horn of Africa region.

To address these issues, the region has organised the ‘Regional forum to Harmonise Labour Migration Policies in the East and Horn of Africa’ which will take place on January 20 and January 21, 2020 at the Nairobi Intercontinental Hotel.

Speaking during a preparatory meeting for the forum on Monday, the Joyce Mwale said that member States in the region are perceived to be a source, transit point and destination for persons being trafficked and smuggled.

“One link that is less frequently talked about is the issue of trafficking connected to free movement of persons in the East Africa Community (EAC) region. Proper management of labour migration therefore remains an important aspect of mitigating against trafficking,” said Mwale.

She explained that the forum will bring together Ministries in-charge of labour migration and social protection in the States in the East and Horn of Africa, namely Burundi, Djibouti, Ethiopia, Eritrea, Kenya, Rwanda, Somalia, South Sudan, Sudan, Tanzania and Uganda.“The forum will offer an opportunity to the Heads of the ministries and their delegations to strengthen regional cooperation on pressing issues concerning labour migration management. It will also address the need to promote safe and orderly labour mobility in order to address irregular migration flows,” she said.

The  Undersecretary in the State Department for Social Protection, Fatma Ahmed said that the region is faced by challenges of human trafficking and smuggling of migrant workers; Abuses of migrant workers’ rights and there is need to establish labour Market Information System on migration, diaspora engagement and bilateral labour arrangements in order to address these challenges.

“The need to hold the Conference was initiated in Geneva Switzerland during the International Labour Conference in June 2019 in which Kenya committed itself to host the forum. The conference is being organised by the Ministry of Labour and Social Protection in partnership with the International Organisation for Migration (IOM)/UN Migration Agency,” said Ahmed.

The forum is specifically expected to enable the member states to among other things discuss regional strategy on the negotiation of Bilateral Labour  Agreements and to be able to present a unified front and hence gain stronger bargaining power for the protection of labour migrants, she added.

“We hope to share data and Information on trends; priorities; needs, and interests of Member States in order to foster safe and orderly labour mobility within Africa,” she said.

The  Undersecretary added that the forum will enhance the knowledge and skills of government stakeholders on ways in which to put effective mechanisms and Memorandum of Understanding (MOU) in place to prepare migrant workers and ensure that their fundamental human labour and social rights are upheld in all stages of the migration process.

The International Migration Report 2017 figures indicate that over 47 percent of the African population on the move, migrates outside the continent of Africa.

Further, it is estimated that on average 50 percent of them are youth, predominantly male, of an average age of 25 years old and 46.8 percent are female.

The report also indicates that African economies are largely dominated by the urban informal economy and agriculture.

According to the report, migrant workers on the continent are often found in settings characterised by low incomes and wages, lack of social protection, precarious jobs and workplaces and abysmal working conditions.

The  conference will provide an opportunity towards harmonising Labour Migration Policies and chart the way forward towards standardisation of labour migration management in the region.