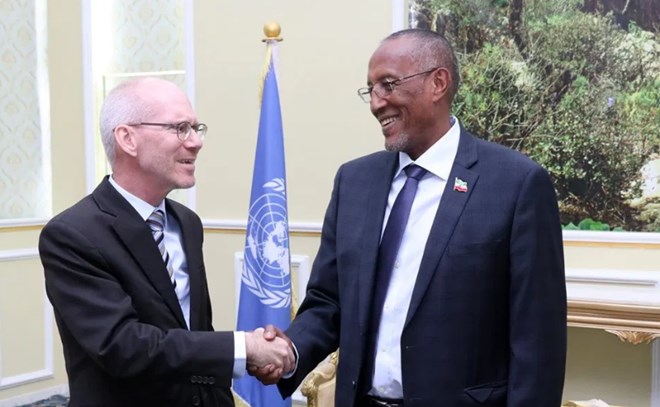 HARGEISA (HOL) – UN Special envoy to Somalia James Swan has reiterated his call on Somaliland to hold elections in 2020 despite the delays by parliament announced last November.

Addressing journalists in Hargeisa following a meeting with Somaliland president Muse Bihi, Swan said there was need to fast track the process to ensure the break-away region holds parliamentary elections this year.

“We call on Somaliland authorities to ensure respect for freedom of speech and assembly, as well as the ability of political parties to organise and function. Such political space is essential for a credible process.”

The UN envoy also urged continued efforts to finding lasting peace in Tukaraq and other disputed areas between Somaliland and Puntland.