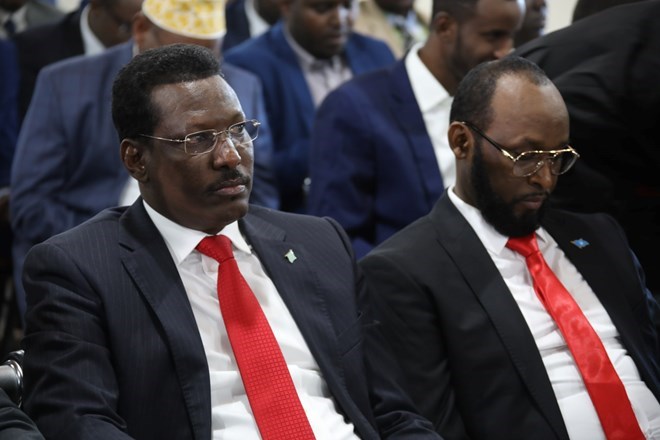 MOGADISHU (HOL) – The U.S embassy in Somalia has welcomed the election of Ahmed Kariye Qoor-qoor as the new President of Galmudug state and warned against threats of violence in the region.

“Today’s election is a beginning to a broad -based political reconciliation process, and the United States calls on everyone to commit to participating in a peaceful dialogue that jointly addresses the challenges facing the region and the country,” a statement from the Embassy in Mogadishu read in part.

Noting that Galmudug is critical for the future of Somalia, the embassy called for ‘dialogue and compromise on both sides.’Qoor-qoor was elected Sunday in a vote boycotted by three main contenders even as the Alhu Sunna faction announced Thursday it had elected outgoing chief minister Mohamed Shakir as president of the central Somalia state.

Out of the 77 MPs who cast their vote Sunday morning, Qoor-qoor who was until mid-last month State Minister for Public Works garnered 66 votes while the three other candidates shared the remaining votes.

Qoor-qoor becomes the third president of Galmudug since its formation in 2015.