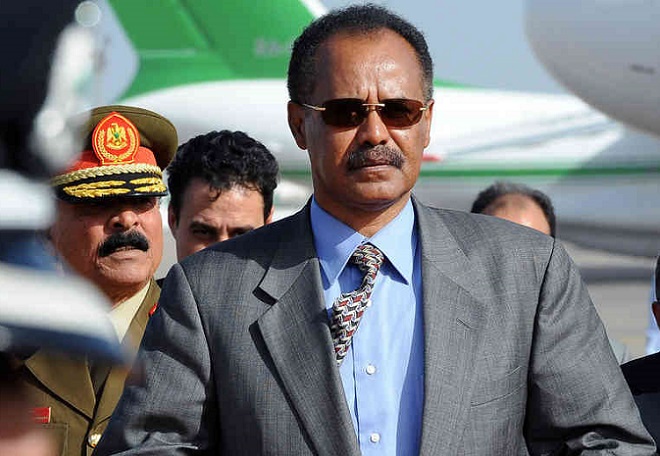 MOGADISHU (HOL) -The increasing number of regional states in Somalia have left the long anarchic horn of Africa nation fragmented and the country no longer exists in the continent, Eritrean president said.

The Eritrean strongman Isaias Afwerki who led the East African nation since 1993 says that the crisis in Somalia continues to disintegrate the country following the collapse of the central government in 1991.

“Somalia does not exist.”

In addition, the Eritrean leader took a swipe at the growing number of regional states and the breakaway northern Somalia republic of Somalia, saying that they were the source of the country’s breakdown.

“When you have one county divided, fragmented from within – its Somaliland, its Puntland, Its Benadirland its so many lands, but beyond that its fragmented into clans, into tribes, into warlordism – that’s very sad.” He said in the undated interview.

Hiiraan Online cannot determine the time the interview was taken, however president Afawerki said that crisis in Somalia has had a negative effect on the entire horn of Africa.“The instability in Somalia affects the stability of the whole region – and that’s what we have witnesses in the last 20 years – we would like Somalia to revive, we would like this nation to come to normalcy again.” He noted.

Despite a relative stability in the country since the ouster of Islamist insurgents from the capital and surrounding regions, Somalia continues to face mounting political and security challenges that experts say continue to stand in the way of the country’s overall improvements.

The country’s security forces with the support of the strong-22000 African Union force is struggling to defeat fighters from the Al-Qaeda linked Al Shabab group which continues to wage a deadly guerrilla war across large parts of the horn of Africa nation.