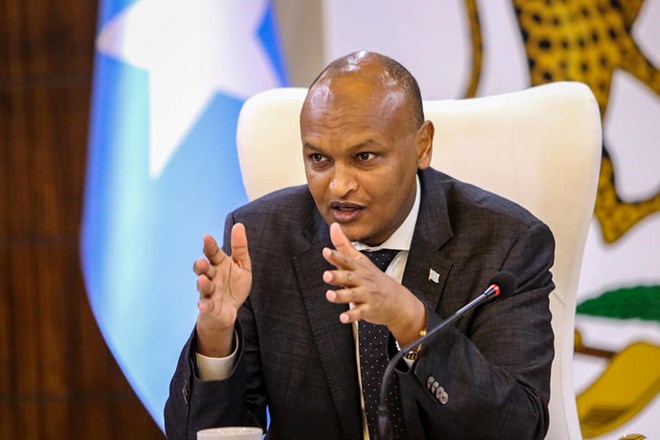 MOGADISHU (HOL) – Somalia will abide by the ICJ determination to further defer the maritime case with Kenya despite its earlier objection, deputy Prime Minister Mahdi Gulaid has said.

Responding to the announcement by the Court to grant Kenya a further 10 months extension, Gulaid said Somalia will abide by the court’s decision.

“Our argument was based on justice delayed justice denied and call for peaceful and just hearing of the case that paves way for fairness to the people of Somalia.” The Deputy Prime Minister said.

The international Court of Justice announced this week the oral hearings in the maritime case which had earlier been delayed two times will now be held in March 15, 2021. By then a new administration will be in place in Somalia.

In its response to Kenya’s request earlier, Somalia objected further delays and instead proposed the case be conducted via video conference.

“Somalia respectfully submits that the appropriate manner to accommodate the public health concerns raised by Kenya as well as the interests of justice of justice, is not to postpone the oral hearings but rather to conduct them  by video conference,” Somalia said in its submission.

The case was first set for hearing in June 2019 but was delayed to October and subsequently to June 2020.