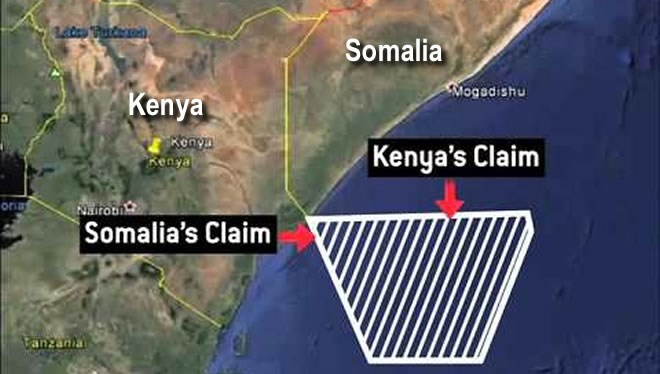 NAIROBI (HOL) – Kenya sought an indefinite suspension of the maritime case with Somalia in its latest round to postpone the case, correspondence with the Court shows in what confirms its determination to push for out of court deal.

In its petition to the International Court of Justice dated April 24, 2020, Kenya requested for indefinite deferment of the oral proceedings citing the ongoing COVID-19 global pandemic.

“Kenya wishes to request the Court to grant an indefinite postponement of the oral proceedings, and to allow for agreement between the parties and the Court, on a new date after the World Health Organisation officially declares the COVID-19 pandemic over,” Nairobi said.

Though the Court granted Kenya’s prayers for a third delay, it rejected a timeless delay setting March 2021 for another round of oral hearings.
Noting it had concluded the recruitment of a new legal team by March, Kenya said it was not probable to restart the proceedings by June owing to the impact of COVID-19 on movement and financial ability to fund the case.

Somalia however dismissed the application and instead proposed the proceedings go on through video conferencing.

“Somalia stands by its proposal that the upcoming oral hearings be held by video conference and hereby respectfully reiterates that doing so would be a better way to balance the competing interest at stake than again postponing the already long-delayed oral hearings to an uncertain future date,” Mogadishu said in its response.

The proceedings were scheduled at first to kick off on September 2020 but Kenya sought an adjournment which the Court acceded to and deferred it to June 2020.

The third postponement of the case now means the current administration in Mogadishu may not be presiding it as there will be a new government in place by March. Parliamentary elections are slated for October this year followed by a presidential poll in February 2021.

Kenya has time and again pushed for out of Court settlement but Somalia has stood ground noting the only recourse is the Court.

President Mohamed Farmaajo reiterated this position last week in a video message noting his administration will ‘protect the country’s resources for the unborn generation’.