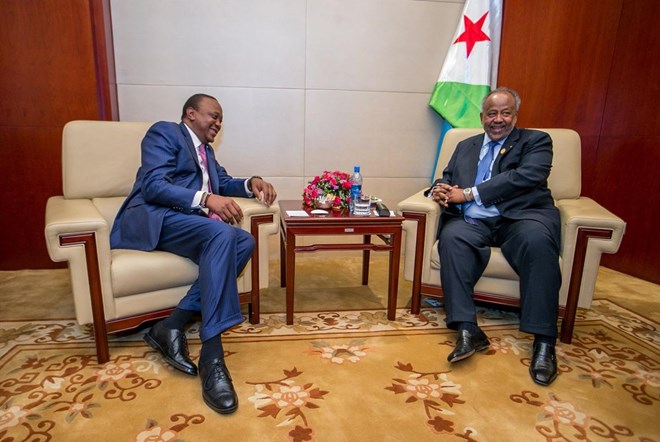 MOGADISHU (HOL) –  Somalia and Djibouti have hailed Kenya’s election for a non-permanent seat at the UN Security Council expressing confidence in her ability to represent the region’s interests.

In separate tweets, Somalia’s Foreign Affairs Minister Isse Awad and Djibouti President Ismael Guelleh congratulated Kenya for its election. Kenya secured 129 votes in the second round in the Thursday poll against Djibouti which lost 16 votes from round to settle at 62 votes.

Awad whose country had joined hands with Djibouti in contesting Kenya’s candidacy filed a similar opinion.
“On behalf of the Gov’t and People of Somalia, I wish to extend my sincere congratulations to Kenya for getting elected as non-permanent member of the UNSC. We are confident Kenya would best represent our region’s interest,” Awad observed.

Both Somalia and Djibouti had fought hard against Kenya’s candidacy noting the East African economic powerhouse will use its position at the Security Council to undermine the maritime case currently at the International Court of Justice.

Djibouti had also contested the procedure which resulted in the endorsement of Kenya by the African Union before it opted for a parallel run.

Meanwhile Kenya’s President Uhuru Kenyatta has pledged his country will use the position to speak for the continent.

“Kenya, the President said, will endeavor to consolidate and voice Africa’s position in the Security Council and will advance its 10-point agenda as outlined during the campaign period,” a statement from the Presidency read in part.