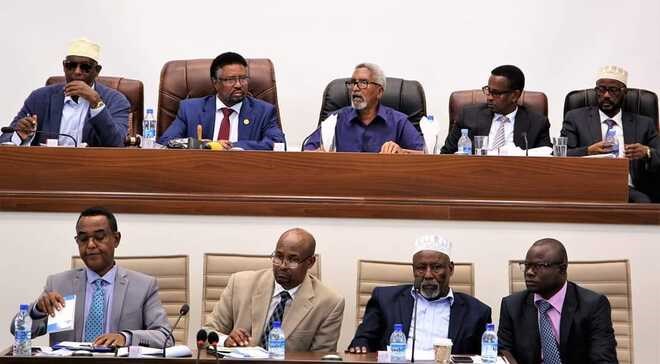 MOGADISHU (HOL) –  Somali’s Lower House has approved a proposal to anchor into law a 30% quota for women in parliamentary elections.

In the vote Sunday, 134 MPs voted for the proposal with only seven opposing as two others abstained.

The proposal which now forms part of the Elections Act should the Upper House endorse guarantees a reservation of 30% of seats in the Federal Parliament to women.

The two chambers of the Federal Parliament consist of 329 lawmakers with the majority, 275 sitting in the Lower House while the Senate is made of 54 Senators.
The adoption of the proposal is a major milestone for women representation in Somalia which has seen a gradual increase since 2012 when only 14% of the only chamber-Lower House was composed of women.

The numbers rose in the 2016 elections to 24% translating to 84 lawmakers in both Lower House and the newly created Upper House.

The 30% quota has been based on a gentleman’s agreement but will now be anchored in law.

The proposal is part of a number of contentious issues yet to be addressed in the Elections Act ahead of the October elections.

Other issues include the delimitation of constituencies, role of political parties and representation of Banaadir region.

Parliament will be debating the representation of Banaadir region today which to date, though the most populous in the country is not allocated a seat in the Federal Parliament.