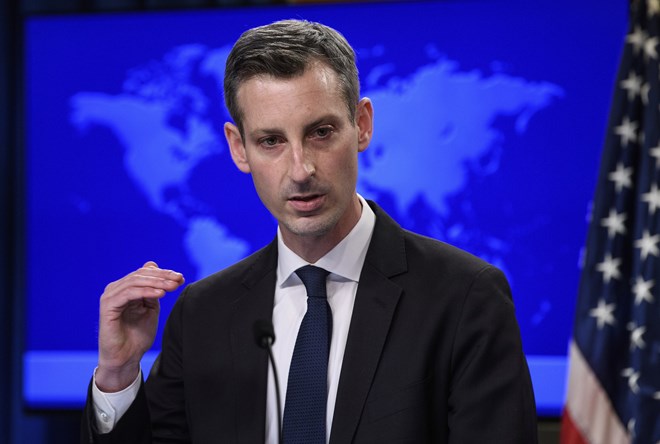 WASHINGTON (HOL) – The US has called on Somali parliament and president Mohamed Farmaajo to annul the April 12, 2021 resolution by the Lower House, which granted the Farmaajo two more years in office.Ads By GoogleState Department spokesperson Ned Price said in a statement on Thursday that the Biden administration welcomed Farmajo’s announcement to accept a return to talks but noted parliament must revoke its own controversial decision that the 275-member chamber voted to pass on April 12.

“The United States notes President Farmaajo’s April 28 commitment to return to the September 17 election agreement and resume talks immediately with Federal Member State leaders,” Price said. “We call on the President and Parliament to act swiftly to annul the April 12 mandate extension bill.”

“I have decided to appear before the members of the House of the People of the Federal Parliament on Saturday to gain their endorsement for the electoral process that as agreed upon between the Federal Government, the Heads of the Federal Member States and the Governor of BRA,” Farmaajo said.

He also called on the Federal Member States to return for talks based on the September 17 agreement. However, Puntland has already rejected the call for a sit-down with Farmaajo.

Along with several international partners, the US had heavily criticized Farmajo’s government for extending its mandate and publicly warned that it would be forced to reassess its bilateral relationship with Somalia if it did not rescind the extension.  Following a breakout of violence in the capital on Sunday, Ned Price said the  United States was “gravely concerned” and said it would consider ‘all available tools’ – including sanctions and visa restrictions – to respond to political spoilers.