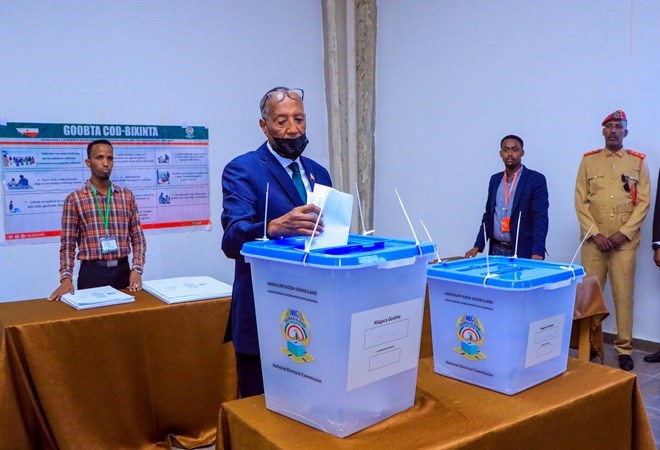 The European Union and other non EU countries with presence in Somalia have applauded the just concluded elections in Somaliland terming them a strong commitment democracy.

The 27 member bloc, UK, Norway and Switzerland commended the people of Somaliland, political parties and government institutions them the electoral commission for the successful conduct of the elections on May 31.

“Through these elections, the people of Somaliland have demonstrated a strong commitment to the electoral process, to political participation and to strengthening democracy,” the statement read in part.

They noted in particular the elections of youth and candidates from minority groups as a key step towards inclusive governance.
The partners, the statement added however expressed regrets over failure to elect women. All the 82 seats in the Lower House of Parliament went to men despite the participation of 13 women candidates in the race.

“We recognise the significant achievements of female candidates during this electoral process, but deeply regret that this has not translated to more women in elected office resulting in decreased women political representation.”

Among those elected to Parliament is Barkad Batuun from a minority clan. Batuun got slightly over 20,000 votes unrivaled in terms of votes by any candidate in the parliamentary race.