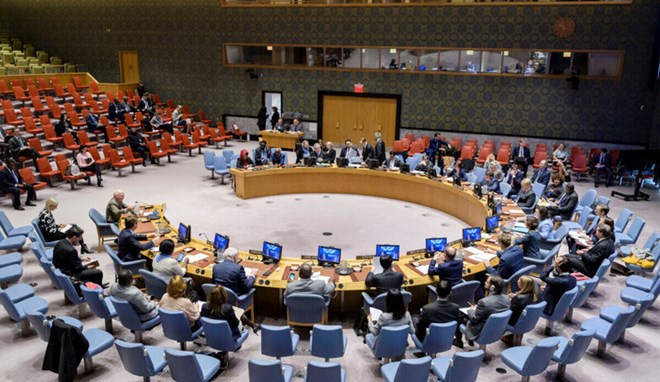 Mogadishu (HOL) – Members of the UN Security Council urged Somalia’s leaders to return to the negotiating table based on the September 17 agreement on Tuesday during an off-the-record conversation known as an informal interactive dialogue (IID).

After the meeting, several participants released brief statements based on their discussion.”The only viable option for Somalia is a resumption of dialogue based on the September 17 agreement,” said the Norwegian Mission to the UN.

Ireland, one of the 15 members of the Security Council, said that they welcomed the leadership role of the African Union in facilitating dialogue. They also said they would support processes from multinational unions such as the IGAD, AU and the EU.

T. S. Tirumurti, India’s Ambassador to the UN, said that he also called on the federal government and regional member states to resume dialogue based on the September 17 agreement and the recommendations from the Baidoa Technical Committee. Tirumurti also welcomed the leadership role of the African Union and IGAD.

An IID is an informal private meeting of Security Council members convened to hold situation-specific, off-the-record conversations with non-Council member states. The dialogue is presided over by the Council President, in this case, Ambassador Dang Dinh Quy, the Permanent Representative of Viet Nam to the UN.  Records are not kept during informal interactive dialogues, and they are not open to the public or broadcast.

Tuesday marked the second time this year that the Security Council held an IID focused on Somalia. They last held an IID on Somalia on 20 January to discuss delays in holding presidential and parliamentary elections.

Due to the format of the IID, the Council did not issue a press statement. However, based on the comments from the Council members, it is evident that the African Union and IGAD are expected to take some form of a leadership role in facilitating talks between the federal government and regional member states. It is unclear if either organization will be involved in direct external mediation, which the federal government has long resisted.

Farmajo travelled to the capital of the DRC over the weekend, where he requested the African Union to facilitate talks with political opponents and various stakeholders. He made the comments during a one-day visit with the President of the Democratic Republic of Congo (DRC), Felix Tshisekedi, who is also the 2021 African Union Chairperson.

The UN meeting comes amid heightened political tension in the country after the President decided to extend its mandate for an additional two years. Farmajo said that the federal government would use the two years to prepare for popular elections.

The UN had previously warned against any parallel process or partial elections, insisting that the September 17 agreement in Mogadishu remains the only valid process.