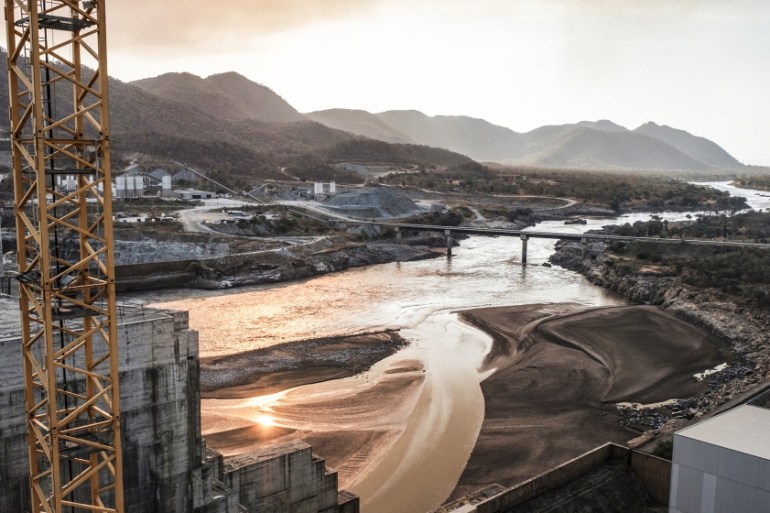 Ethiopia has said it planned to complete the second phase of filling the dam during the upcoming rainy season [File: Eduardo Soteras/AFP]

A Sudanese minister has warned that his country could take legal action against Ethiopia if the latter goes ahead with plans to fill a mega-dam on the Blue Nile without first reaching a deal with Khartoum and Cairo.

In a series of Twitter posts on Friday, Sudan’s Irrigation Minister Yasser Abbas also said Ethiopia had “objected” to an invitation for a three-way summit to discuss stalled negotiations over the Grand Ethiopian Renaissance Dam (GERD).

Ethiopia, Egypt, Sudan and Ethiopia have been locked in inconclusive talks for nearly a decade over the filling and operation of the massive dam, which broke ground in 2011.Ads By GoogleThe Ethiopian government says GERD is crucial for economic development and power generation, but Egypt fears it will imperil its water supply. Sudan is also concerned about the effect on its own water flows.

Ethiopia has said it planned to complete the second phase of filling the dam during the upcoming rainy season, a move Sudan and Egypt rejected before a binding legal agreement was reached.

If Ethiopia goes ahead with the filling, Sudan “would file lawsuits against the Italian company constructing the dam and the Ethiopian government”, Abbas warned.

He said the lawsuits would highlight that the “environmental and social impact as well as the dangers of the dam” have not been taken into adequate consideration.

“Given that the environmental and social impacts and accompanying risks of the GERD have not been studied, various options are being considered, including The International Court of Justice, The Human Rights Commissions and the COMESA Court.”

There was no immediate reaction by the Ethiopian government.

Talks in Kinshasa overseen by the African Union (AU) collapsed earlier this month, after which Sudanese Prime Minister Abdalla Hamdok invited the leaders of Ethiopia and Egypt to Khartoum. He had given them until Friday to attend.

Meanwhile, Abbas said that while previous negotiations between the three countries had yielded agreement over 90 percent of outstanding issues, that progress was now in doubt.“The AU did not perform its leadership role,” Abbas wrote on Twitter. “They were only observers, and we see that there was no serious methodology for reaching an agreement,” he said, adding that nine months “have been wasted in futile negotiations, and we will not accept waste any more time.”

Sudan and Egypt had proposed including the European Union, the United States and the United Nations as mediators in the dispute in addition to the continuing AU facilitation of the talks. Both countries said Ethiopia had rejected the proposal.

Ethiopian Water Minister Seleshi Bekele told Reuters news agency that Addis Ababa did not believe negotiations between the three countries were finished or had failed, and added that the appropriate next step would be for the heads of states to meet under the auspices of the AU.

In March, Sudan said it has accepted an offer by the United Arab Emirates to mediate with Ethiopia over GERD and the contested border region.

Abbas said the UAE’s initiative included investment opportunities in the al-Fashaga region as well as an “unofficial bid to bridge the gap in views with regard to GERD”.