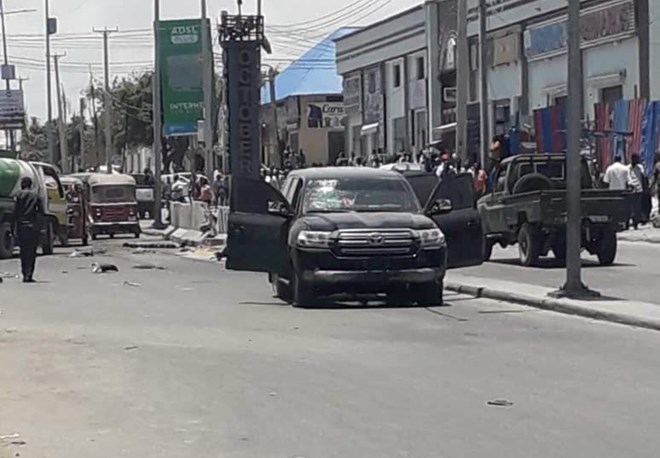 The attack that hit the armored SUV took place around midday at the Zoobe junction at the city center.

Three teachers were slightly injured in the attack and transferred to Recep Tayyip Erdoğan Training and Research Hospital. The driver escaped the incident unharmed.

No claims of responsibility have been reported so far.