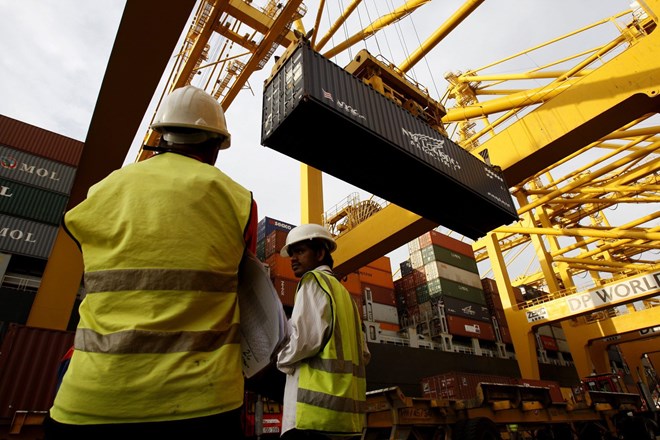 In this 2009 file photo, two employees of DP World supervise uploading the containers at the Jebel Ali port terminal 1 in Dubai, United Arab Emirates. DP World says it has won another arbitration ruling against Djibouti over the African country’s seizure of a container terminal managed by the Dubai-based global port operator.  KAMRAN JEBREILI / THE ASSOCIATED PRESS FILE PHOTO

DUBAI, United Arab Emirates (AP) — DP World said Tuesday it has won another arbitration ruling against Djibouti over the African country’s seizure of a container terminal managed by the Dubai-based global port operator.

The company said a London tribunal ordered Djibouti to restore its rights and benefits under a 2006 concession agreement governing the Doraleh port within two months or pay damages. DP World estimates it has lost $1 billion since Djibouti took over the terminal in February 2018.

DP World, which is majority-owned by the Dubai government in the United Arab Emirates, operates nearly 80 marine and inland terminals around the world.Djibouti seized the container terminal after DP World created another corridor for imports to landlocked Ethiopia in Somaliland, endangering Djibouti’s near-monopoly on Ethiopia’s imports.

The expansion into Somaliland came alongside plans by the United Arab Emirates to build a naval base in Berbera, part of its expanding military presence in the region.

Djibouti’s port alone accounts for 95% of Ethiopia’s imports. With a population of 110 million people, Ethiopia is the largest economy in the Horn of Africa.

DP World said the tribunal ruled that Djibouti broke the law when it removed the company from management of the terminal and transferred the terminal’s assets to a state-run company. The Dubai-based company said Djibouti has ignored five previous rulings in its favor despite the fact that the contract is governed by English law.