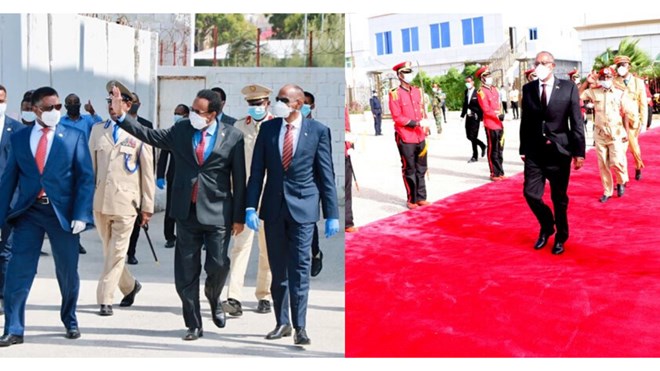 NAIROBI (HOL) – President Mohamed Farmaajo, Somaliland President Muse Bihi, Prime  Minister Hassan Khayre and a delegation of ministers and MPs have departed for Djibouti this morning for another round of talks after the last one in 2015 collapsed in Turkey.

“Tomorrow in Djibouti, I will chair a meeting between President Mohamed Abdullahi Farmajo and President Moussa Bihi Abdi to follow up on the mediation efforts between the two leaders. I have also invited Prime Minister Abiy Ahmed to attend the discussions,” a tweet from his account read.

Mogadishu and Hargeisa have maintained frosty relations since Farmaajo came to office in 2017.

The two sides have sharply differed over the UAE port and naval base contracts signed off by Somaliland at Berbera Port.