US brokered Somalia-Somaliland talks set for tomorrow in Djibouti

US brokered Somalia-Somaliland talks set for tomorrow in Djibouti 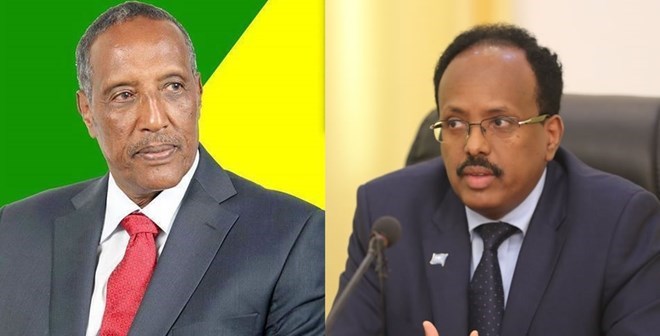 NAIROBI (HOL) – Talks between Somalia and the break-away region of Somaliland are set to resume on Sunday as Presidents Mohamed Farmaajo and Muse Bihi are expected to meet in Djibouti.

A source as Villa Somalia who sought anonymity since he is not authorised to speak on the matter told HOL the two leaders will meet tomorrow under the aegis of the US ambassador in Somalia Donald Yamamoto.

Sources in Somaliland have said the region’s foreign affairs minister Yasin Hagi Mohamoud and speaker of the Lower House Saleban Mohamud Adan will be attending the talks.

Relations between Mogadishu and Hargeisa have remained frosty since Farmaajo came to office in 2017. Farmaajo’s opposition of the Berbera Naval Base construction and subsequent declaration of expulsion of UAE’s DP World which secured a $440 million deal to expand the port of Berbera frustrated hopes of any talks between the two.

Bihi has maintained the two contracts were signed by Somaliland as ‘an independent state’ and conditioned any talks to recognition of that status by Mogadishu.

Farmaajo is facing an election early 2021 and before that Parliamentary elections in October both of which Somaliland participate through clan representation.

The two leaders met briefly this February at the sidelines of the AU meeting facilitated by Ethiopia’s Prime Minister Abiy Ahmed.