There was a breakthrough between Ethiopia, Sudan and Egypt on the filling and annual operation of the Ethiopian Grand Renaissance Dam (GERD), according to a statement Tuesday from the Ethiopian prime ministry.

The three countries agreed that Ethiopia can continue filling the dam, according to the statement.

Leaders of the three countries held a virtual meeting under the auspices of the African Union, observed by the EU and the United States.

Ethiopia said the first phase was already achieved because of good rainfall during the rainy season in the Horn of Africa country and the dam is over flowing.

It is absolutely necessary that Egypt, Sudan and Ethiopia, with the support of the African Union, to come to an agreement that preserves the interest of all parties, Moussa Faki Mahamat, Chairperson of the African Union Commission said earlier Tuesday.

The Nile River is the source of life and development for all three countries and should remain a source of peace, Mahamat added.

Tensions escalated between Egypt and Ethiopia when Cairo complained to the UN Security Council on May 1 after Addis Ababa announced plans to begin first-phase filling of its $5 billion hydro dam on the Nile.

Ethiopia countered, saying it was not obliged to inform Egypt on the issue as it was provided in the 2015 trilateral Declaration of Principles. According to the declaration, negotiations on the dam will be done in parallel with its construction.

Ethiopia hopes to retain 4.9 billion cubic meters of water during this rainy season in July and August as part of first-phase filling, and the volume would be enough to test two turbines in 2021. 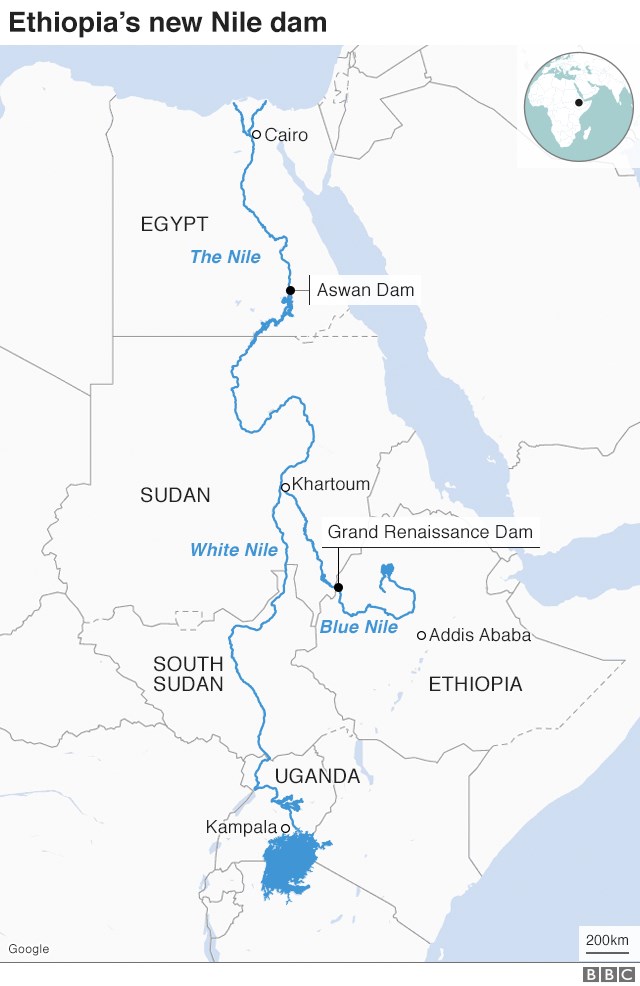