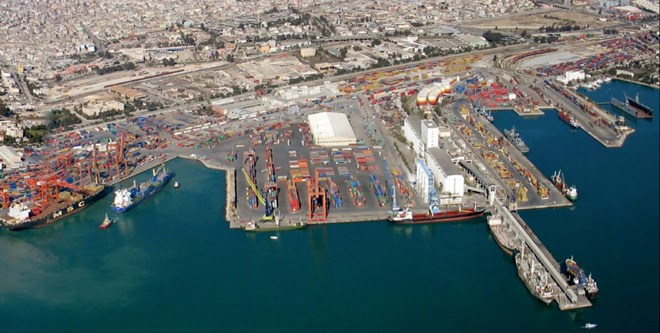 City of Mersin, landlord of Mersin International Port, is one of the trade center of Turkey and main port for the Eastern Mediterranean Region’s industry and agriculture activities.

Djibouti Shipping Company’s first ship (M/V African Sun) arrived in Djibouti on 19 July and is set to drastically reduce transit time for merchandise travelling from Turkey to the region.

Transmit times from Turkey to Djibouti will reduce from 30 days to 9 days.

Transit times from Turkey to Mogadishu will reduce from 40 days to 20 days.

The ship arrived from the Port of Mersin in Turkey and will make regular journeys from here to Mogadishu, via Djibouti, Berbera and Bossaso.Importers and exporters in this region of Somalia will no longer need to use dhow boats for their maritime business.

Djibouti Shipping Company is the first African company offering liner services and is the first stage in the national company becoming a major actor in the maritime sector.

Tadjourah-Balho road, a 3rd road corridor between Djibouti and Ethiopia.

The arrival of this ship marks the first major use of the recently inaugurated Tadjourah-Balho road corridor; the cargo was met at the port by 1250 lorries which have taken the coal to Balho, Ethiopia by road.