U.S. “concerned” over irregularities of no-confidence vote and the future of Somalia’s polls

U.S. “concerned” over irregularities of no-confidence vote and the future of Somalia’s polls 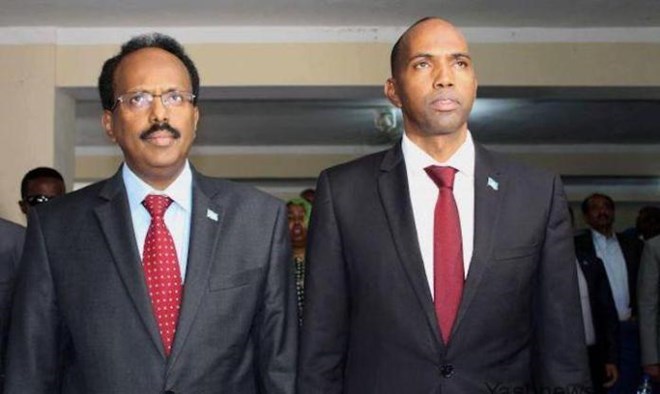 Mogadishu (HOL) – The U.S. Embassy in Somalia has said that they “regret” the actions of President Farmajo and Somalia’s lawmakers to withdraw their support for Prime Minister Hassan Ali Khaire.

In a statement released on Saturday, the embassy said that they are concerned that the PM’s ouster will further complicate the current delicate political balance in the country.

“The U.S. Embassy regrets the actions of the President and Lower House of Parliament to withdraw confidence in Prime Minister Ali Hassan Khayre and his government, which heightened political tensions and undermined the ongoing process of dialogue and negotiation between the Federal Government of Somalia, Federal Member States, and other key stakeholders.”

The statement also warned individual actors to not seek power on their own at the expense of cooperation.

“This irregular process is a setback for the reform agenda Somalia has pursued with the support of the United States. Somalia’s stability, security, and prosperity can only be built through cooperation, coordination, and compromise among Somalia’s leaders; if any individual or institution seeks to dominate the others, it undermines the stability of the entire nation.”The U.S. Embassy reiterated it’s support for a politically negotiated solution to end the electoral crisis in the country.

“Developing a workable, broadly acceptable election model is key to preserving Somalia’s security and stability, and the United States calls on all stakeholders to act cooperatively and seek compromise to mitigate the risk of a constitutional crisis.  The United States urges the Federal Government of Somalia, Federal Member States, Parliament, and other parties to continue to work together to implement the agreement reached in Dhusamareb.”

The U.S. warned it would take measures against “spoilers” to the political process.

“The U.S. Embassy calls on all Somali leaders, institutions, and stakeholders to pursue the best interests of their country rather than pursuing their individual interests, to work together constructively to build broad consensus.  We will take measures against spoilers who seek to undermine Somalia’s progress towards stability, peace, inclusive governance, and prosperity.  We do not want Somalia to go in the wrong direction.  The United States remains a strong and devoted partner to the Somali people and those leaders who continue to but the best interests of Somali people first.”