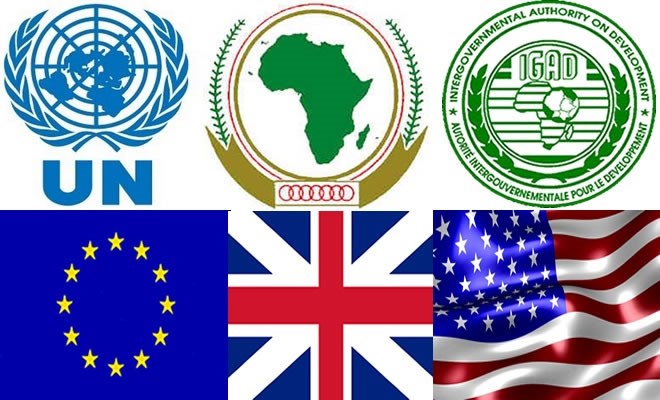 Mogadishu (HOL) – The UN and other international partners in Somalia have called on the the country’s leadership to remain focused on the ongoing electoral talks despite the removal of the country’s prime minister from office.

A joint statement undersigned by over ten embassies and international organizations based in the country called for commitments from the Federal Government and Federal Member States to ensure the talks go on uninterrupted.

“The international partners expect the Federal and State leaders to honour the agreements reached on 22 July in Dhusamareb and the timelines for follow-up meetings bringing together the Federal Government, Federal Member States, the Federal Parliament leadership, political parties and civil society representatives,” the statement read in part.

They also warned against unilateral decisions noting it would lack legitimacy and not unworkable.

The statement noted the FGS and FMS should move in fast and fill the positions for the technical committee formed mid this month to work out an electoral formula which shall be deliberated when the Dhusamareb talks resume mid next month.

The FGS and FMS leaders meeting in Dhusamareb mid this month agreed to form a technical committee to be composed of two members from each FMS and the Federal Government.

Prime Minister Hassan Khaire was removed from office last week in a no confidence vote which had since been condemned by the US and the European Union.