AMISOM to relocate training base to Ethiopia- report

AMISOM to relocate training base to Ethiopia- report 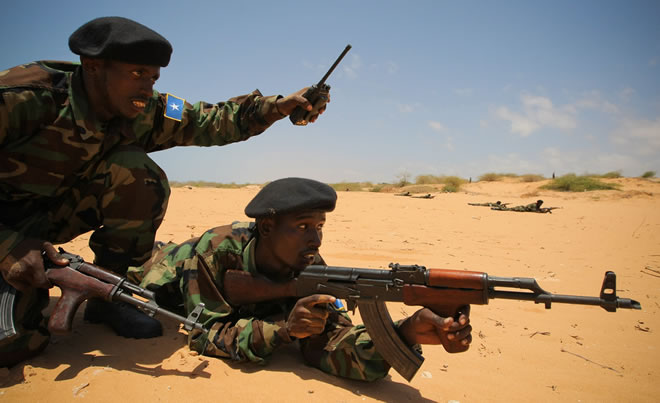 African Union troops based in Somalia are reportedly relocating their training base in the near future to Ethiopia.

According to the influential Africa Intelligence, the African Union Mission in Somalia (AMISOM) will be leaving Mogadishu for Jigjiga in Ethiopia.

The media outlet reports that the US Department of State has contracted Pacific Architects and Engineers (PAE), a US based military logistics contractor at the cost of $13.6 million to relocate AMISOM’s training infrastructure and reset them in Jigjiga which is located about 60km from the border with Somaliland.

AMISOM has been headquartered in Mogadishu since it began its mission in 2007. Besides fighting the militant group Al-Shabaab in collaboration with local forces, the continental force is also tasked with training Somali Security Forces.

It is not clear what informed the decision to move the AU forces main base from Mogadishu where it provides pivotal security support to Federal Government institution including the Mogadishu Airport.

The UN Security Council cut by 1,000 AMISOM Forces in March and subsequently extended its mandate for another year.

AMISOM has in the last year toned down military operations in Somalia as Somali National Army and US trained Danab squad lead major operations which have resulted in the capture of key towns in Lower Shabelle and Middle Jubba.