Chinese ambassador to Somalia in Somaliland over Taiwan row

Chinese ambassador to Somalia in Somaliland over Taiwan row 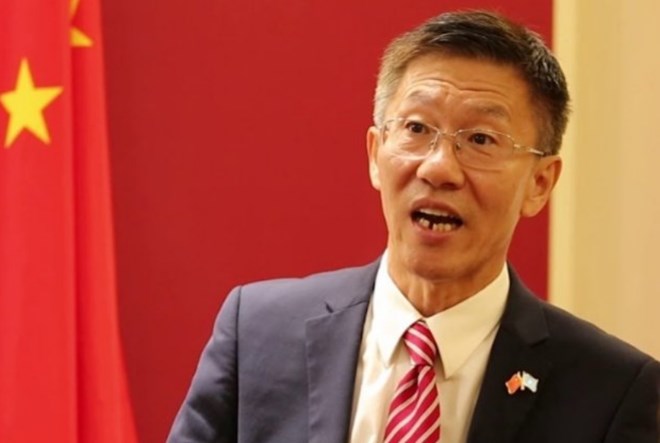 Sources privy to the talks have indicated the ambassador’s mission to the breakaway region was solely on the new diplomatic relations between Somaliland and Taiwan which have caused jitters in Beijing.

Somaliland and Taiwan, both seeking statehood announced last month diplomatic ties that saw both open offices in each other’s territories.

Both China and Somalia have dismissed the arrangement even as the US signaled support for the new ties amid fallout between Beijing and Washington.

The visit by the ambassador to Somaliland adds to increasing international interest in the breakaway region which has seen Egypt and Ethiopia send emissaries to Hargeisa within the last one month.There are reports Egypt is seeking to build a military base in Somaliland to counter Ethiopia’s influence on the region.

Both Cairo and Addis Ababa are currently at loggerheads over the filling of the GERD dam which Ethiopia said will go ahead despite failure to strike a deal with Egypt.