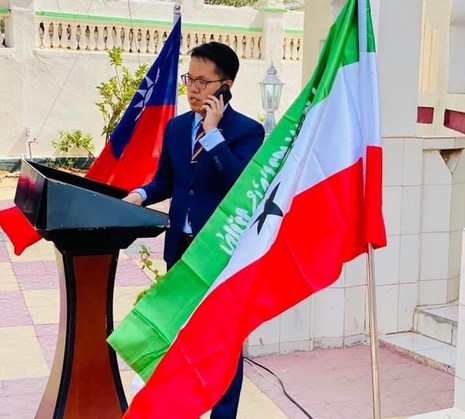 HARGEISA (HOL) – Taiwan has opened its diplomatic office in the breakaway region of Somaliland as the two sides seek to bolster relations and international recognition.

The office which they called ‘representative’ was opened in Somaliland capital Hargeisa Sunday close to two months after both Hargeisa and Taipei announced start of diplomatic engagements.

The opening ceremony was attended by senior officials in Somaliland while Taiwan’s Foreign Affairs Minister Joseph Wu joined via teleconference.Both Somaliland and Taiwan announced July 1 they had entered into diplomatic relations drawing sharp criticism from Mogadishu and Beijing. The US has since sent signals endorsing the engagements.

In a tweet following the announcement, the US  National Security Council welcomed the move noting Taiwan was a strategic partner.