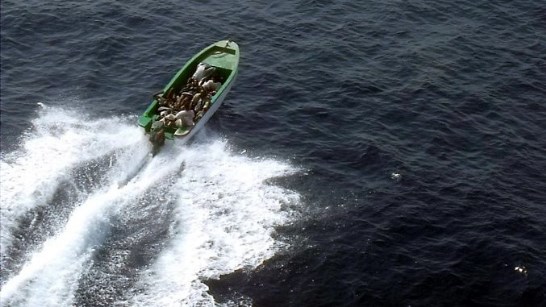 A chemical tanker is under way again after a stop for repairs and a police boarding was mistakenly reported as the first Somali piracy attack in more than three years.

EU NAVFOR was formed in 2008 to combat the growing threat of piracy to international shipping in the region. Since then, there has been a steady drop in the number of incidents. In November 2017, there were no major vessels or hostages remaining in pirate captivity.

The grouping’s watchkeepers contacted Aegean II and it confirmed that it was waiting to carry out repairs due to hull damage caused by rough seas.

On 20 August, the risk analysis agency, Dryad Global, reported a possible hijacking in the same area. EU NAVFOR connected this information to Aegean II, and the Spanish Navy frigate, Santa Maria, was dispatched to investigate and execute incident response procedures, along with aircraft support.

In the meantime, the port authority in nearby Bosaso Puntland, Somalia, confirmed to the EU NAVFOR commander, rear admiral Ignacio Villanueva, that Aegean II had not been hijacked and that police from nearby Guardafui, Somalia, had been sent on board to inspect the vessel as it was drifting off Bereeda, Somalia, waiting for technical assistance.

While Santa Maria was on the scene, the Aegean II‘s master “revealed that there had been certain incidents on board the vessel”, said EU NAVFOR in a statement.

Like most merchant ships transiting in the area, Aegean II had its own security team and its weapons “led to a dispute” with the local police when they came aboard, reported Dryad Global.

“At this point, the event cannot be classified as a maritime security event, but a more detailed investigation is in progress,”EU NAVFOR concluded in its statement.