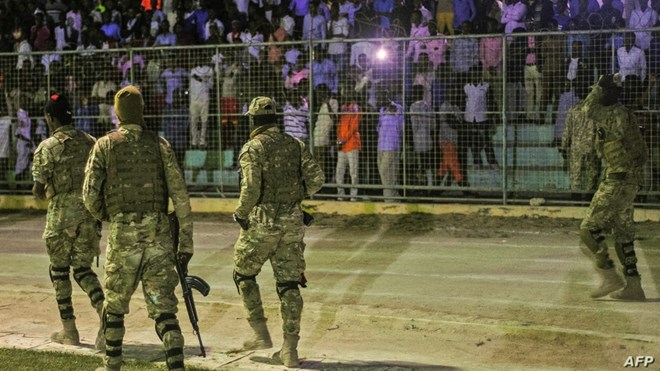 GENEVA – A U.N. human rights investigator is expressing concern about possible regression by Somali authorities from their adherence to international human rights law. The concerns are amplified in a report submitted to the U.N. Human Rights Council by the U.N.’s independent expert on the situation of human rights in Somalia.

Isha Dyfan was appointed independent expert on Somalia in March, during the COVID-19 pandemic, keeping her from going there. She says that information gathered remotely from numerous sources, though, strongly indicates Somali authorities are regressing on commitments to protect peoples’ economic, social and cultural rights.

She acknowledges the country’s armed conflict and humanitarian crises have been worsened by the pandemic and a locust infestation.

“There have been reports of attacks against health care and aid workers, excessive use of force by law enforcement agencies resulting in the death of civilians, violations of the right to freedom of expression and opinion, and an increase in sexual and gender-based violence and forced evictions during the pandemic,” she said.

Dyfan said she is particularly troubled by long-standing and deeply rooted patterns of prejudice, discrimination and violence aimed daily at women and girls.

“I have continued to hear of incidents of rape and other forms of sexual violence against women, girls and boys, occurring for the most part with impunity, forcing victims and their families to turn to other avenues, which seem to provide a semblance of justice, but in reality, continue to fuel violence,” Dyfan said.

Somali Ambassador to Switzerland and Austria Ebyan Mahamed Salah said her government does not believe it is possible to achieve peace and security without the preservation of human rights. She said Somalia has adopted a human rights-based approach and established institutions to end impunity and violent conflict, and to ensure peoples’ rights and freedoms.