FAO steps up efforts to contain desert locusts in Somalia

FAO steps up efforts to contain desert locusts in Somalia 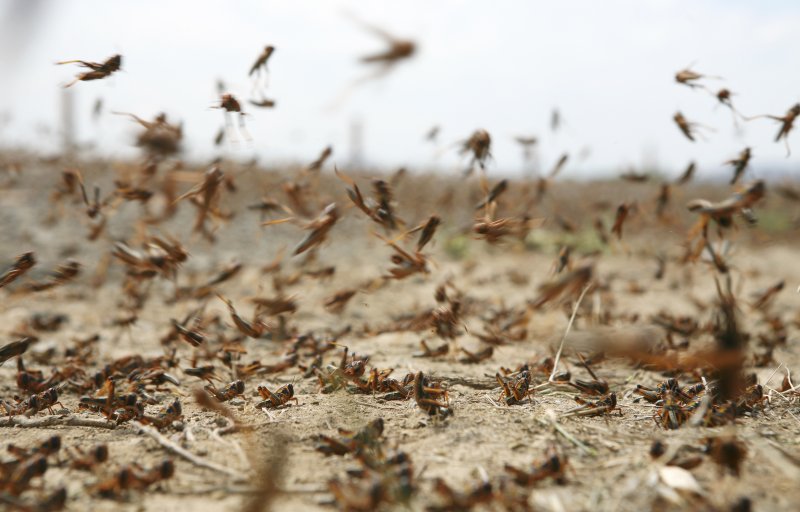 The Food and Agriculture Organization (FAO) said Tuesday it has intensified efforts to contain the spread of the desert locusts in Somalia that pose a huge threat to food security.

In its desert locust situation update, FAO said an increasing number of hopper bands are forming in central Somalia and eastern Ethiopia where control operations are in progress“On the ground and in the air, FAO and the Somali ministry of agriculture teams are working relentlessly day in day out to control and contain the ongoing desert locust crisis in Somalia. We are grateful for the financial support given by various donors and partners,” FAO said.

The UN food agency said aerial control operations continue against immature swarms in northwest Somalia, noting that no new swarms have been reported in the northeast.

“It is likely that more infestations are present than have actually been detected. Survey and control operations should be scaled up throughout the Somali region in eastern Ethiopia,” it said.

On October 27, FAO issued an alert on the fresh desert locust invasions in Somalia, saying more swarms would in the next days or weeks be seen in southern Somalia.

It said the situation remains very critical as more swarms form and a new generation of breeding has now started in Somalia and Ethiopia.