Women’s groups welcome move, but say implementing it in time for Feb. 8 vote will be challenging 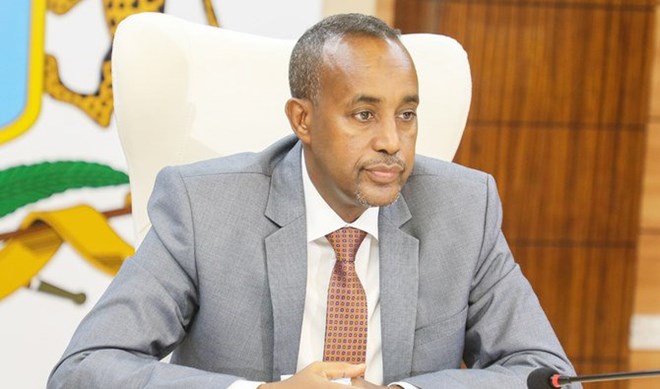 GAROWE, Somalia, Jan 11 (Thomson Reuters Foundation) – Nearly a third of Somalia’s parliamentary seats will be reserved for female lawmakers in an election next month, the prime minister said, a measure long demanded by women’s rights campaigners in the Horn of Africa nation.

While welcoming Saturday’s announcement by Prime Minister Mohamed Hussein Roble, some women’s groups cautioned that implementing the measure in time for the Feb. 8 poll would be challenging and depended on the commitment of clan leaders. Somalia has been riven by civil war since 1991, and due to the fragile security situation, elections consist of clan delegates choosing members of parliament as opposed to a one-person, one-vote electoral system.

Roble made the quota pledge after talks with female lawmakers – who currently hold 24% of the 329 seats in Somalia’s lower and upper houses of parliament, according to the Inter-Parliamentary Union (IPU).

“Somalia Prime Minster his Excellency @MohamedHRoble assured that the Federal Government of #Somalia is committed to ensuring a 30% quota for women in both houses of Somali parliament for the upcoming elections …,” government spokesman Mohamed Ibrahim Moalimuu said on Twitter on Sunday.

Somalia Prime Minster his Excellency @MohamedHRoble assured that the Federal Government of #Somalia is committed to ensuring a 30% quota for women in both houses of Somali parliament for the upcoming elections after meeting with women legislators in both Houses of the Parliament https://t.co/d6kkNJ4bqi— Mohamed Ibrahim Moalimuu (@MOALIMUU) January 10, 2021

“The seats are shared among clans … we want assurances that we will reach our target of 30% women in the next parliament,” said Suad Salah, co-founder of LeadNow, a grassroots movement aimed at increasing women’s political voice.

Somalia has high rates of child marriage and gender violence, including rape and female genital mutilation (FGM). The United Nations says 45% of women are married before 18, while 98% have undergone FGM.

Women’s rights groups say a stronger voice at the top would have a trickle-down effect, helping women at the grassroots level fight abuse, discrimination and inequality.

Ruqiya Muhiyadin, 38, who is aspiring to run as a candidate in the capital, Mogadishu, also expressed concern over whether the clan leaders would choose women candidates.

“Initially we doubted we would get our share in the next parliament. I appeal for our cultural leaders to consider the PM’s latest pledge for women.”(Reporting by Mohammed Omer; Writing by Nita Bhalla; Editing by Helen Popper.)