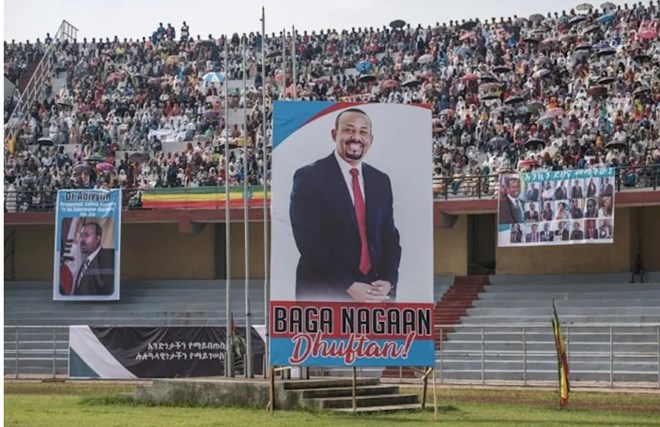 Ethiopian authorities have postponed polls in around a fifth of the country’s constituencies, extending a months-long delay which prevented citizens from voting in a June election due to ethnic violence and logistical problems.

Prime Minister Abiy Ahmed’s party won a landslide in the June vote, despite a brutal war in the northern region of Tigray, which was among the areas where elections did not take place.

A second batch of polling in one-fifth of the country’s 547 constituencies was scheduled for September 6, but will now take place on September 30, the National Electoral Board of Ethiopia (NEBE) announced in a statement late Monday.

The decision followed a meeting with politicians, who told NEBE officials that “considering the current situation the country is in, it’s not appropriate to hold elections currently.”

NEBE said voting will take place on September 30 in the Somali, Harari and Southern regions, alongside a separate referendum on proposals to create a new South West region.

But no election date has been set for Tigray, where fighting between Abiy’s forces and the Tigray People’s Liberation Front (TPLF) has killed thousands of people and pushed hundreds of thousands into famine-like conditions.

advertisementsEach side has accused the other of preventing aid convoys from reaching those in need as the violence expands to the neighbouring Amhara and Afar regions.

His Prosperity Party won 410 seats in the federal parliament out of 436 where elections were held, according to results issued by NEBE, while opposition parties and independent candidates won a small number of seats.

The vote was meant to affirm a promised democratic revival in Africa’s second-most populous nation, with Abiy vowing a clean break with repression that tarnished past electoral cycles.

But opposition candidates complained of a tilted playing field in some areas, with two prominent opposition parties in Oromia, Ethiopia’s largest region, pulling out entirely from the polls, saying their candidates had been arrested and offices vandalised.

NEBE noted that some constituencies experienced “improper arrests,” voter intimidation and “harassment” of observers and journalists, and said it had recorded several killings in the runup to the vote in Oromia, the most populous region