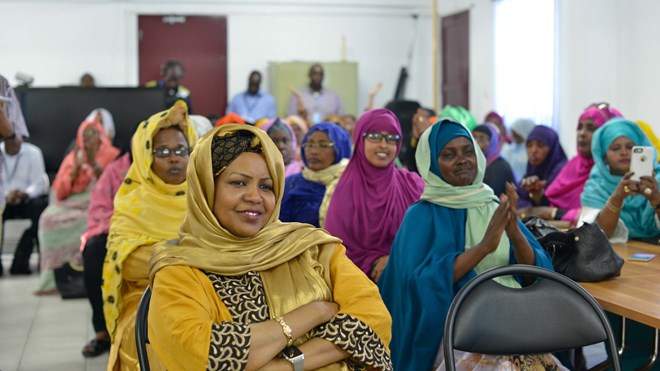 A Chinese envoy on Tuesday called for efforts to improve political stability and national unity in Somalia in order to boost women’s full participation in political life.

China welcomes the Somali government’s commitment to guaranteeing women’s seats in the upcoming elections and the concrete measures taken to encourage women’s political participation, he told the Security Council.

advertisementsAfter a long period of war in Somalia, national reconstruction cannot be accomplished overnight. The international community needs to be patient, and encourages, in a step-by-step manner, greater political inclusivity in Somalia, he said. “Political stability and national unity in Somalia will help create favorable conditions for women’s equal, full and effective participation in political life.”

Dai expressed concern over the possible impact of the differences among Somali leaders on the political and security situation on the ground.

On Sept. 18, the Security Council issued a press statement, calling on Somali leaders to exercise restraint, put the interests of the country and people first, overcome differences through dialogue and consultation, and maintain political security and stability, he said.

“We believe that Somali leaders will heed the voices and wishes of the people and the international community by strengthening unity.”

China encourages the African Union, the Intergovernmental Authority on Development, and the top UN envoy for Somalia to continue their mediation efforts to bring the political situation in Somalia back on track, he said.

The most urgent task for Somalia right now is to hold elections successfully. China encourages Somalia to continue to advance the electoral process in accordance with the timeframe agreed on by all parties and resolve the outstanding issues through political dialogue.
The international community should continue to provide necessary financial and technical support for the elections in accordance with the principle of a Somali-led and Somali-owned process, he said.