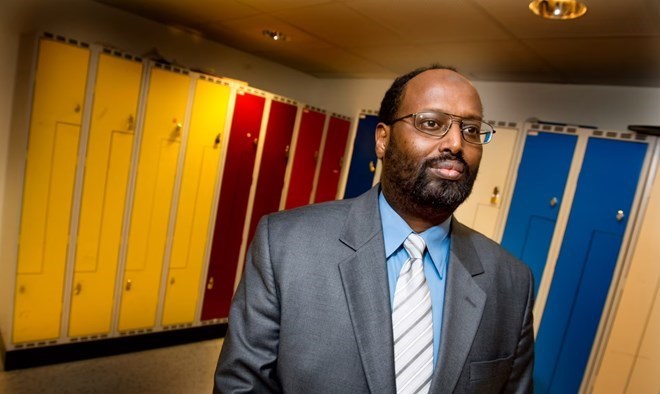 Abdirizak Waberi is accused of sending millions of kroner to Somalia to prop up his political party.  Photo: Lars Pehrson / SvD / TT

Stockholm (HOL) – A former MP and head of a Swedish Muslim school in Gothenburg has been accused by Swedish authorities of embezzling millions of Swedish kroner from the school to his political party in Somalia.advertisements

Abdirizak Waberi, the leader of the National Unity Party in Somalia and former Swedish MP for the centre-right Moderate Party, is charged with serious financial crimes, according to chief prosecutor Henric Fagher.

Prosecutors suspected of Waberi and others at Römosseskolan, a Muslim independent school in Gothenburg, redirected SEK 13 million (£1.1 million/$1.5 million) that should have been used on local students to his political activities in Somalia.

“Some of it goes to his hotel and travel expenses abroad, a large part goes to two Somali organisations. One is said to be a relief organisation, the other a political party,” prosecutor Fagher said.

Waberi, the founder and longtime Principal, managed the school until this past summer.

He allegedly used fake invoices and other accounting frauds to cover his tracks.

Fagher says he is the subject of two ongoing investigations. Because of his extensive ties to Somalia, the court fears that Waberi will abscond and, as a result, has been forced to surrender his passport and must check in with Gothenburg police twice a week,

Waberi sat in Swedish Parliament for one term between 2010-2014.

He denies the allegations against him.