Ethiopian govt vows to fight on in ‘existential war

Ethiopian govt vows to fight on in ‘existential war’ 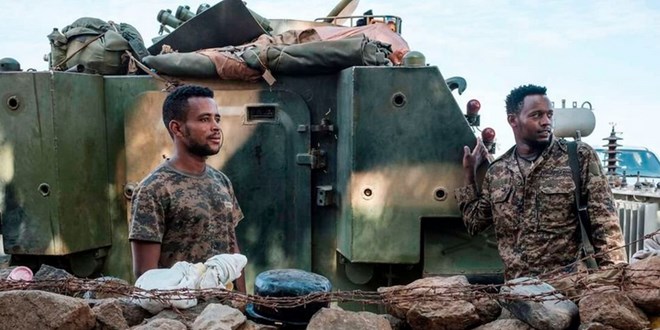 Ethiopia’s government said Thursday it was on the verge of victory in its year-long war against Tigrayan rebels and vowed to fight on, in an apparent rebuke of international ceasefire calls.

“This is not a country that crumbles under foreign propaganda! We are fighting an existential war!” the government’s communications office said on Facebook, following advances by rebel groups towards the capital.

The combative statement could dampen hopes for a negotiated settlement between the government of Prime Minister Abiy Ahmed, winner of the 2019 Nobel Peace Prize, and the Tigray People’s Liberation Front (TPLF) rebel group.

It came on the first day of a two-day visit by Jeffrey Feltman, US special envoy for the Horn of Africa, that is intended to facilitate dialogue among the warring parties.

On Wednesday the TPLF announced it had reached the town of Kemissie in Ethiopia’s Amhara region, 325 kilometres northeast of Addis Ababa.

Spokesman Getachew Reda said the TPLF was working in the area alongside the Oromo Liberation Army rebel group, which on Wednesday predicted Addis Ababa could fall in a matter of weeks.

But Thursday’s statement from the government painted an entirely different picture of the current battlefield dynamic, saying the TPLF was “encircled” and close to defeat.

“A rat that strays far from its hole is nearer to its death,” the statement said, apparently referring to TPLF offensives that have advanced well beyond the  northernmost Tigray region in recent months.

“Our people, realising that we are in the final chapter of saving Ethiopia, should continue their heroic struggle,” the statement said.

Lawmakers earlier Thursday endorsed a six-month state of emergency that could empower officials to conscript “any military age citizen who has weapons”.

“After a year of war, the Ethiopian conflict is at an incredibly dangerous point, with no side showing signs of backing down,” said William Davison, a senior analyst on Ethiopia with the International Crisis Group.