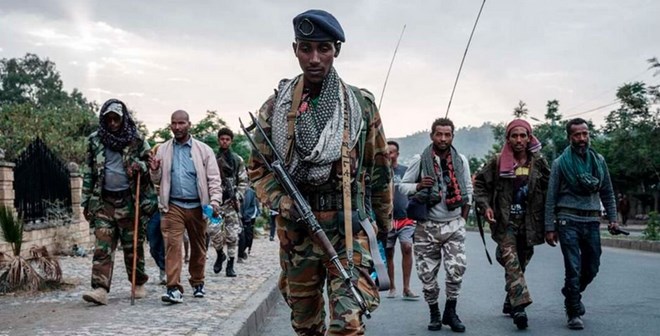 ISTANBUL (HOL) – Turkey has called for a ceasefire in Ethiopia and indicated it would be ready to mediate the sides in the year-long fighting that is now making headway into the capital.

A statement from the Foreign Affairs Ministry urged the ‘urgent cessation of the violence and call for the establishment of peace and stability. The Recep Erdogan administration also said it was ready to mediate between the Federal Government and the TPLF.
advertisements

The statement echoes similar calls by the US, UK, Belgium among a host of other western countries. Meanwhile, the UN Security Council called Friday for an end to the fighting and ‘for refraining from inflammatory hate speech and incitement to violence and divisiveness.”

The Security Council also “called for the respect of international humanitarian law, for safe and unhindered humanitarian access, the re-establishment of public services, and further urged the scaling up of humanitarian assistance.”

The United Nations has said that up to 7 million people in the Ethiopian regions of Tigray, Amhara and Afar need help, including 5 million in Tigray where some 400,000 people are estimated to be living in famine-like conditions.

Meanwhile the Ethiopian National Defense Forces (ENDF) Friday sent out an appeal to former soldiers to return to bolster defences against the Tigray Defence Forces (TDF).

The call is however based on a condition that the new conscripts must ‘recognise and accept the constitution of the Federal Democratic Republic of Ethiopia Constitution and believe in the sovereignty and unity of the people and are willing to serve with perseverance.’