So far only about 30 Finns have said they plan to leave the war-torn nation. 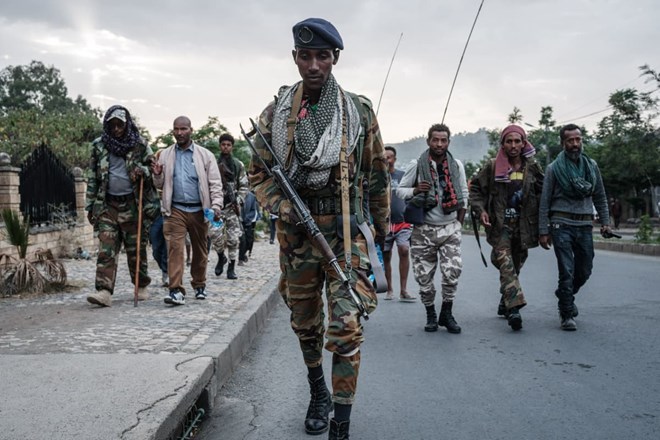 So far none of them have requested official assistance in leaving, as commercial flights are still departing from Ethiopia.

The East African country is sinking deeper into civil war as rebels approach the capital, Addis Ababa. A state of emergency has been declared in the country. The war, which has killed thousands of people and forced more than two million from their homes, has intensified in recent weeks.advertisements

According to the ministry, some 90 Finns had earlier filed notifications of plans to travel to Ethiopia.

The ministry is monitoring developments in the country with concern, said Helena Airaksinen, Deputy Director-General of the ministry’s Department for Africa and the Middle East, served as Finland’s ambassador to Addis Ababa from 2016 until last year.

“If people take up arms [against the rebels] at the prime minister’s urging, it may lead to very nasty situations,” she told Yle on Friday.

On Friday, an alliance of Ethiopian opposition factions set a goal of bringing down Prime Minister Abiy Ahmed by force or negotiation before forming a transitional government. Finnish President Sauli Niinistö met with Ahmed, a Nobel peace prize laureate, during an official visit to Ethiopia two years ago.

With the chaotic evacuation from Afghanistan fresh in memory, the ministry on Friday described the situation within the country as “very unstable”.

It noted that “developments in the country are difficult to predict and the security situation may deteriorate unexpectedly”. The ministry statement added that internet and SMS connections are often disrupted, while travel is hampered by roadblocks and violent protests.

The EU, the UN and Finland are calling for an end to hostilities, the free movement of humanitarian aid, and the investigation of possible war crimes.

Finland has provided development aid to Ethiopia since the early 1960s. According to Airaksinen, it has been very effective and ongoing projects will be continued.

“We have continued water cooperation and direct assistance to schools, because we know that the assistance goes directly to its destination,” she said.

Airaksinen sees Ethiopia’s future as bleak, but adds that there have been hopeful changes in society.

“When the transition from an authoritarian to a more open system took place in 2018, many of the problems of the previous regime were left unaddressed. There was no reconciliation commission, although it might have been needed,” Airaksinen said.

“I hope that the cycle of violence can be broken and that we can return to the path of reform, even if it seems difficult. However, the crisis resilience of Ethiopians is incredibly strong. I hope that this will be resolved as soon as possible.”