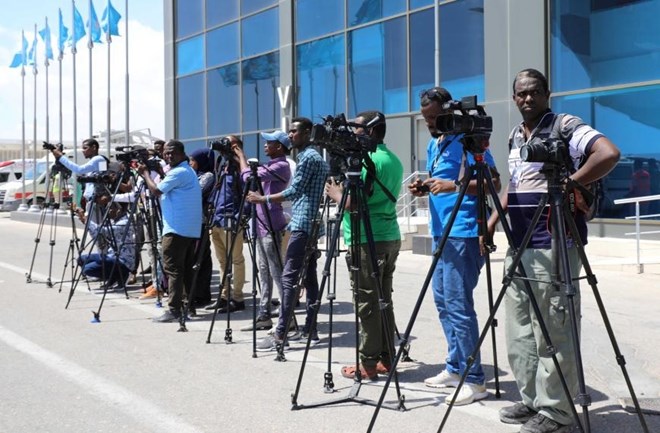 Mogadishu – On the occasion of World Press Freedom Day, the United Nations in Somalia emphasizes the vital role that the country’s media play in Somali society and the need to ensure their ability to carry out their work safely and freely.

advertisements“Somalia’s media are a key component for the growth of democracy, and they need to be able to go about their work free from threats, intimidation and harm so they can carry out their important work,” said the UN Secretary-General’s Special Representative for Somalia, James Swan.

Journalists in Somalia remain under physical threat in many areas. Since May last year, one journalist has been killed and two others injured. Moreover, 64 journalists and media workers have been arrested while carrying out their work.

The UN General Assembly proclaimed World Press Freedom Day in 1993, with 3 May designated for the observance to mark the anniversary of the Windhoek Declaration, a landmark statement on the link between the freedom to seek, impart and receive information and the public good. The Day acts as a reminder to governments of the need to respect their commitment to press freedom, as well as celebrate the fundamental principles of press freedom, assess the state of press freedom throughout the world, defend the media from attacks on their independence, and pay tribute to journalists who have lost their lives in the line of duty.