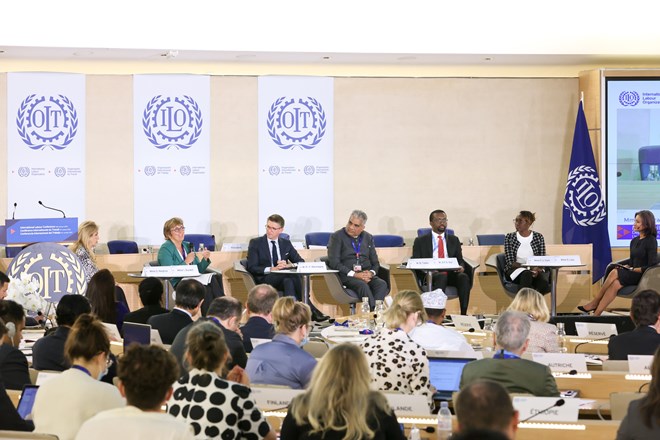 The ILC is the highest decision-making body of the International Labour Organization and is held annually to advance the core mandate of the organization.

Omar Faruk Osman Nur, the General Secretary of the Federation of Somali Trade Unions, delivered to the delegates in the historic Palais des Nations where he discussed Somalia’s unique set of challenges which have impacted its economic, social and political development.

“In 2019, the World Bank found that almost 9 out of 10 Somali households were deprived of at least one basic human need – money, electricity, education, water, and sanitation. Children under the age of 14 years represent nearly half of the Somali population, and 73% of these children are trapped in the vicious cycle of poverty. Because of decades of devastating conflict, civic institutions remain weak; peace and security remain fragile amid the pervasive threats of terrorism attacks, and media freedom is still some way off track.”

“In Somalia, one year into the crisis, employment had contracted by 37%, with medium-size, large, and older firms shedding most of the jobs.”

Over half of the working-age population aged 15–64 (55%) are primarily employed in the informal economy. Only 43% of Somali women are actively engaged in the labour market compared with 67% of men. Osman added that workers have no formal and government-led social protection programme.

Osman revealed the results of a study conducted by FESTU with technical assistance from the ILO that found that most workers were concerned about their employers’ lack of consideration for the health dangers posed by COVD-19. They surveyed 1927 workers, 448 of whom were women. 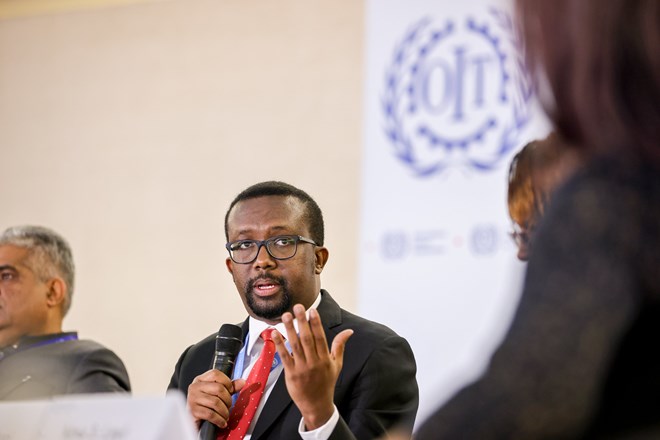 “FESTU found that because of the COVID-19 pandemic, employers were reducing working hours and wages with little or no consultation with employees and/or union representatives. COVID–19 also leads to an overrepresentation of women in the informal economy or in precarious jobs, which directly impacts the health and wellbeing of household members.”

Osman said that international labour rights have begun to take form in Somalia through legislation and policy.

The Director-General told delegates that the 110th International Labour Conference had made history with its work on safety and health, apprenticeships, and labour standards, among other areas.

Ryder said the Committee on the Application of Standards was crucial to the UN’s capacity to help those affected by human rights violations.

“During this conference, I have received alarming, even harrowing testimony of the situation of people whose lives, livelihoods and liberty are in the balance, and it is in the Standards Committee that our capacity to come to their assistance resides.”

The 110th ILC was the first Conference since 2019 that delegates were able to attend in person because of the COVID-19 pandemic.