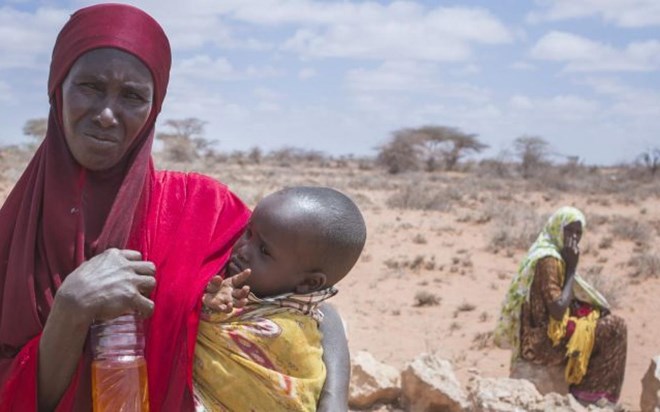 The World Bank has approved a $385m finance package to help countries in the Horn of Africa deal with water insecurity.

Three consecutive rainy seasons have failed, and this year’s looks set to follow suit. If it does, the region will face its worst drought in 100 years.

advertisementsMore than 1 million grazing animals have died in Ethiopia’s Somali region alone, millions of children are suffering from malnourishment and, in Somalia, it is estimated that 40% of the population are at risk of starvation.

The funding, thought to be a mix of grants and low- or no-interest loans, will be spent on a groundwater exploitation project, including well-digging and groundwater pumping, carried out with the Intergovernmental Authority on Development (IGAD), an eight-country trade and cooperation bloc covering the Horn of Africa, the Nile Valley and the African Great Lakes.

In an IGAD meeting in May, Workneh Gebeyehu, its executive secretary, said some 40 million people were facing high levels of food insecurity, “an increase of 30% from the 29 million that had been recorded at the beginning of April”.

The project will bring together the governments of Ethiopia, Kenya and Somalia. Djibouti and South Sudan have expressed interest in joining in later phases.

The aim of the “Horn of Africa Groundwater Resilience Project” is to exploit the region’s “largely untapped groundwater resources”, said the World Bank.

It will assess the state of the region’s aquifers, dig wells and set up small-scale solar farms to pump water for people and livestock. The first phase is expected to have 3.3 million direct beneficiaries, of whom at least half will be women.

The programme will also construct small-scale irrigation systems with the aim of preventing soil erosion, and will build sand dams in dry riverbeds. These help to retain soil moisture and concentrate water during dry months.

Daher Elmi Housssein, IGAD’s director of agriculture, commented in a press statement: “Groundwater constitutes a natural buffer against climate variability and change, as it is available in times of drought when other surface or subsurface resources are scarce.

“The potential is vast, and we are committed to building inclusive community-level use of this shared resource, along with better information, infrastructure, and institutions to ensure our groundwater is sustainably managed for generations to come.”

Afrik 21 reports that one of the first schemes will take place in the Borena region of Ethiopia, on the border with Kenya. This will help farmers in the lowlands to switch from rain-fed to groundwater-based agriculture. Irrigation systems will also be equipped with pressurised systems that use renewable energy to pump and distribute the water