Kenya exports Sh220 million ($1.86 million) worth of miraa to Somalia in four days

Kenya exports Sh220 million ($1.86 million) worth of miraa to Somalia in four days 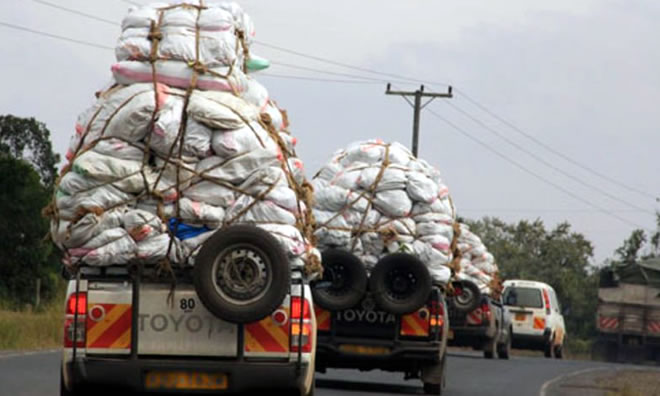 PHOTO | FILE Vans transporting miraa from Meru to Nairobi. Farmers in the region say a ban on sale of the crop will affect their livelihoods.

Kenya exported miraa (khat) worth Sh221 million ($1.86 million) in four days since the resumption of the Somalia market, highlighting the significant role that the commodity is playing in the economy.

Head of Miraa Pyrethrum and other Industrial Crops Felix Mutwiri said the country has exported 81.4 tonnes of the stimulant to Mogadishu since the market opened up last weekend.

Mr Mutwiri said 19 traders out of the 22 that had applied for export permits had been cleared even as more traders have sought clearance to get the licences.

“We have so far exported 81.4 tonnes in the last four days and we expect the volumes to grow in the next coming days as more people are cleared to ship out the commodity,” said Mr Mutwiri.

The directorate started issuing export licences to miraa traders last week after they were cleared under the new regulations.

advertisementsAnyone who exports miraa without registration and a licence is liable for a sentence of up to three years or a fine of up to Sh5 million.

Kenya is facing competition at the market from Ethiopia which has been supplying the market with miraa after Nairobi was locked out.

Nyambene Miraa Trade Association (Nyamita) chairman Kimathi Munjuri said there is enough crop in the farms to meet the market.

“We have a lot of miraa right now in the farmers and we can meet the market demand in Somalia,” said Mr Munjuri.

Traders have been relying on local market in the last three years after Khartoum banned export of the stimulant following a diplomatic row between the two countries.

The move saw Kenya embark on scouting for a new market in Djibouti to save farmers who rely on the crop as their main economic mainstay.

Djibouti is getting most of its khat supply from Ethiopia, however, there is a huge deficit for the stimulant as Addis Ababa is unable to meet the country’s total demand.

The directorate said that even with the resumption of the Somalia market exports, they are still targeting European countries, which in 2014 banned the crop after it was classified as a drug.