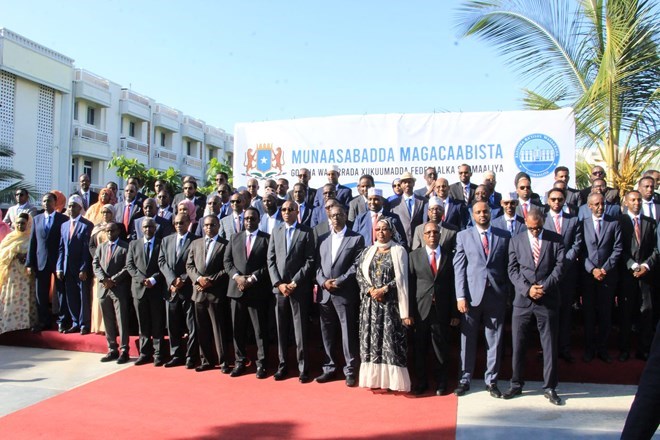 Hamza Abdi, who was appointed to the post by President Hassan Sheikh Mohamud on 15 June, named 75-member Council of Ministers, which consists of 26 cabinet ministers, 25 deputies, and 24 state ministers.”I am honoured to announce the list of the Council of Ministers that I have chosen to participate in the significant change. This council of ministers will work on matters of importance to the country and the Somali people to achieve a better future together,” the PM tweeted shortly after the ceremony.

Ahmed Molaim Fiqi was appointed Minister of Interior Affairs, while Dr. Mohamed Sheikh Ali (Dodishe) was given the security ministry.

The Ministry of Environment and Climate Change has added a new ministry to the cabinet.

Other appointments included Daud Aweis, a former Voice of America journalist, appointed as the Minister for Information.

The cabinet, which includes members from the parliament, will have to be approved by the federal parliament before they can officially assume their roles.

Read the names of the ministers below: