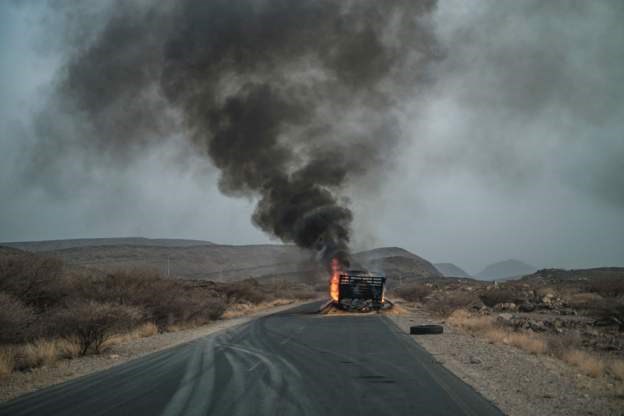 UN investigators say they believe the Ethiopian government is behind ongoing crimes against humanity in the northern Tigray region.

In a report, the Commission of Human Rights Experts on Ethiopia highlighted what it called credible information of large-scale killings committed by Ethiopia’s national defence force, that targeted Tigrayan men and boys of fighting age.

advertisementsThe government has not responded to the allegations.

Investigators say there is also evidence that starvation is being used as a weapon of war.

The report says human rights violations have been committed by all sides since fighting erupted nearly two years ago. It describes the humanitarian crisis in Tigray as shocking.

Tigrayan authorities have welcomed the report.

A Tigrayan spokesman told the AFP news agency that they had “always maintained” that Ethiopia’s government was responsible for crimes against humanity in the region.

Investigators warn that the recent resumption of the conflict after a five-month truce increases the risk of further atrocities.