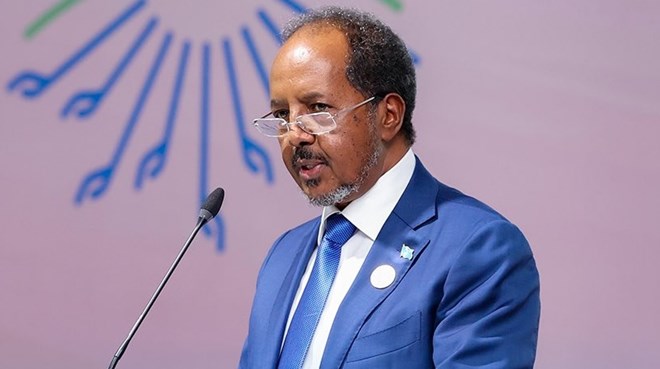 Six months after President Hassan Sheikh Mohamud took office, his government has yet to make good on its promises to guarantee justice and security for the people of Somalia. Amnesty International is today presenting the Somali government with a 10-point plan, outlining the steps it must take to improve the human rights situation in the country.

May 2022, the government stated that its priorities would include security, justice, reconciliation, and social development. However, more commitment and action is required to improve and prioritize human rights, to ensure accountability for violations and abuses, and to protect civilians.

“The election of President Hassan Sheikh Mohamud in May 2022 was an opportunity for the new administration to address many of the country’s outstanding human rights challenges, and to draw support from the international community to ensure sustainable change and progress in the promotion and protection of human rights in the country,” said Muleya Mwananyanda, Amnesty International’s Regional Director for East and Southern Africa.

“However, no concrete measures have been taken to prevent violations of human rights, to hold suspected perpetrators accountable for their actions, or to ensure access to justice and effective remedies including adequate compensation for victims. The government must prioritise the protection of civilians by ensuring that all Somali security forces receive appropriate training in human rights and humanitarian law. The government should also instruct all security forces not to target civilians and civilian objects during military operations.”

Amnesty International’s 10-point human rights agenda sets out what the Somali government must do:

By ensuring members of the military, police, and other government officials allegedly responsible for human rights violations are brought to justice in fair proceedings.

By creating a credible, fair, impartial and independent civilian judicial system. Authorities should also end the practice of trying civilians, including journalists, in military courts.

* Ensure justice and reparation for abuses committed by foreign forces

The government should seek reparations including compensation from the US government and from AMISOM (now ATMIS) for survivors and families of victims of unlawful attacks.

* Uphold and respect freedom of expression

By reviewing the problematic provisions of the media law, the penal code, and all other laws and directives that unduly restrict the right to freedom of expression and bring these laws in line with Somalia’s constitution and international human rights obligations. Authorities must also stop harassing and persecuting veteran journalist and media advocate, Abdalle Ahmed Mumin, by dropping all pending charges against him at the Banadir court, and by lifting travel restrictions against him.

By ensuring that both security forces and private actors do not carry out forced evictions including of displaced people across the country.

By fast tracking the children’s Bill, protecting children from recruitment by armed groups and finalising the Female Genital Mutilation Bill.

By prioritising the enactment of laws that prohibit all forms of violence against women and girls.

*Mitigating against climate change and other crises

The ongoing conflict between Somali authorities and the armed group Al- Shabaab, which also involves allied regional and international forces including AFRICOM and AMISOM (now ATMIS), continues to have a devastating toll on civilians.

Over the years, Amnesty International has documented indiscriminate attacks, unlawful killings of civilians, torture, rape and other violations by all parties to the conflict including Somali security forces and allied militia in military operations. While successive governments have committed to security reforms, no meaningful improvements have been made, and impunity for violations remains widespread. This new government needs to prioritize accountability and tackle impunity for human rights violations.