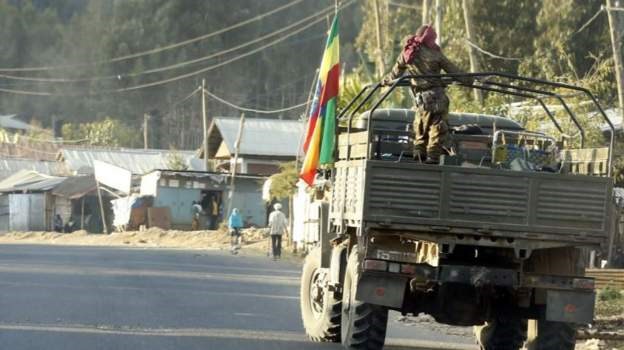 The civil war in Tigray broke out in November 2020

The spokesman for the rebel Tigrayan forces in northern Ethiopia says they have handed over their heavy weapons in line with the ceasefire agreement signed in South Africa in November.

Getachew Reda wrote on Twitter that the transfer had been confirmed by an African Union monitoring and verification team.

advertisementsThe move is central to the agreement along with services being restored in the war-torn region where hundreds of thousands of people were killed.

Another condition is the withdrawal of Eritrean soldiers who fought alongside the Ethiopian government.

Reports from Tigray suggest the troops are still there